I had a small item I needed to purchase and, since I didn't see it in any of the random shops I encountered as I wandered aimlessly around town, I thought I'd head for the premier shopping street in Buenos Aires, Florida Street. It runs for more than a kilometre and is totally pedestrians only, so I thought I'd have no problems getting what I needed here. How wrong I was! The day was incredibly hot, the street was crowded - not just shoppers, but the centre of the street had been taken over by street vendors selling what looked like mainly junk, laid out on their blankets. It was almost impossible to move, suffocating, and although I could see there were lots of interesting shops, I just couldn't stomach the crowds.

By way of antidote, I took the rattling suburban train up to Tigre, which is at the mouth of the Paraná River Delta and is apparently somewhere Madonna comes to hang out in the spas. I wasn't here for Madonna or a spa, I was here for the river. I spent a while just watching the boats, some of them seemed to be more for the locals, being loaded up with all sorts of groceries and household needs, including the supply for what I hoped was some sort of bar, otherwise the recipient either had a problem or a lot of thirsty friends which, in its own way, is a problem. It would have been interesting to get a ride on one of these vessels, making lots of stops and detours, but I couldn't quite work out whether they took tourists or how to get tickets - there were a bunch of ticket booths lining the riverfront, but none seemed to be for these taxi-freight boats. So, I just got a ticket on a regular tour boat, to go for a trip around the Delta - this is basically an ever changing mess of islands, rivers and streams - although the landmasses were obviously stable enough to build upon.

The boats used by the tour operators were pretty, all wood affairs: 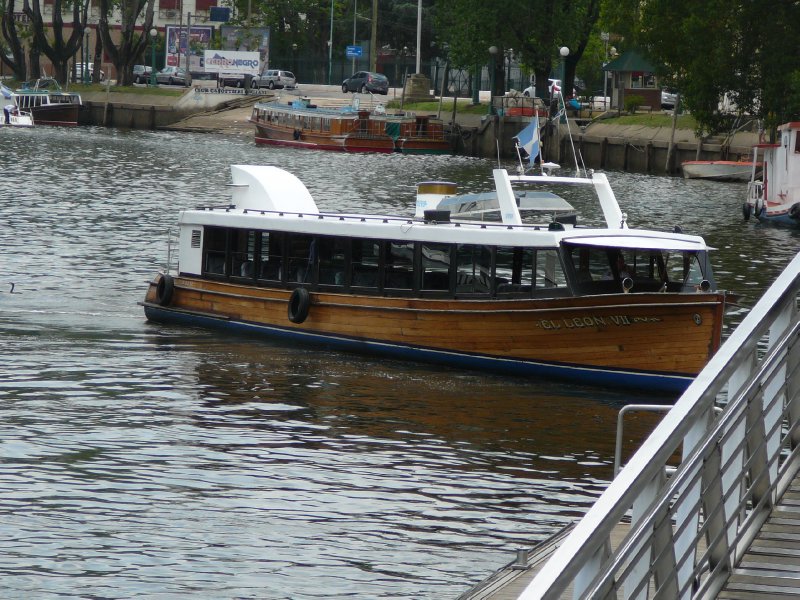 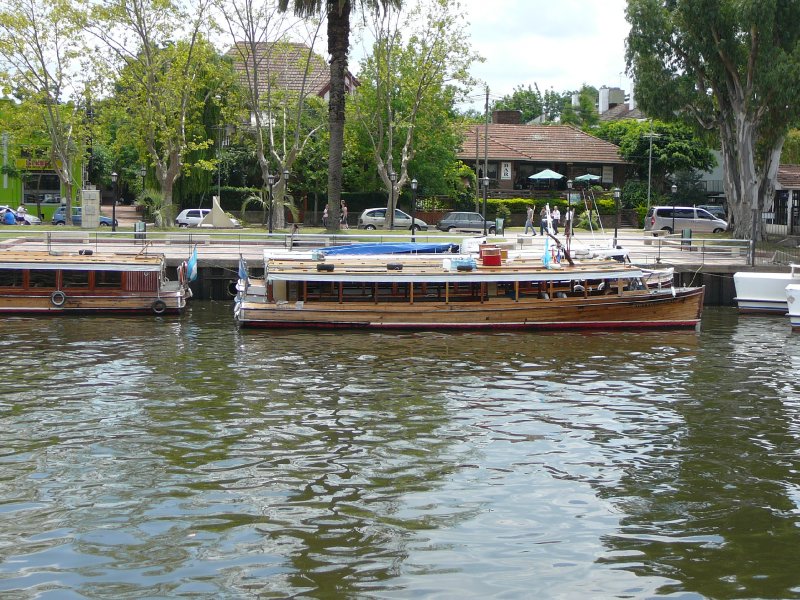 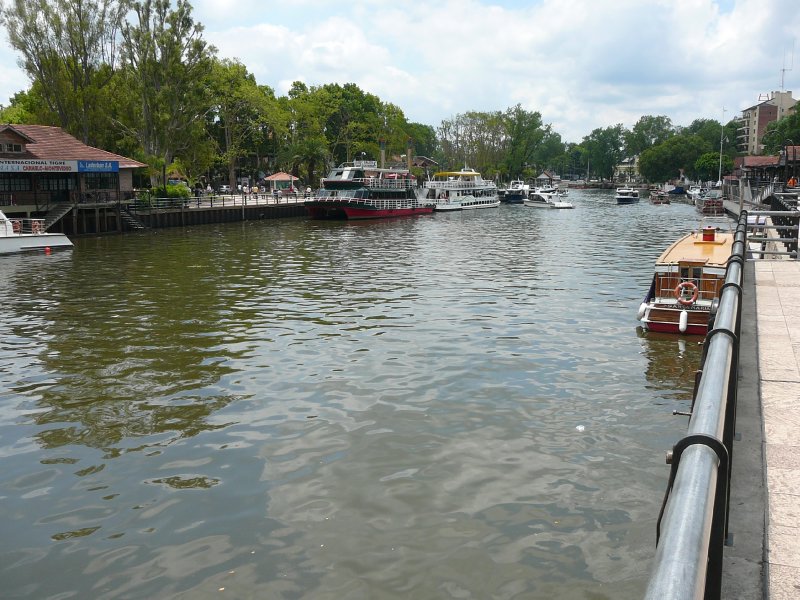 It is hardly surprising that there are quite a few boating and aquatic clubs spread around the Delta, as it really was a form of paradise, but I particularly liked the canoes this club had: 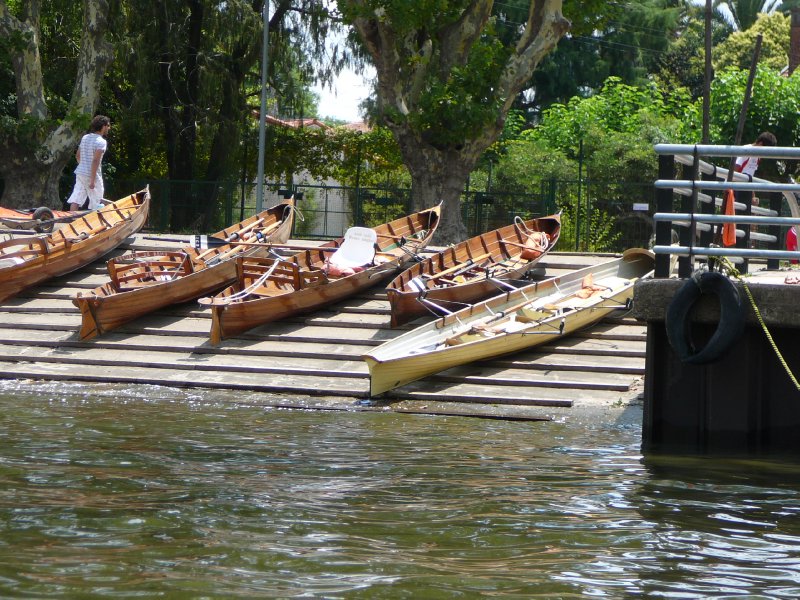 There was a commentary but it was entirely in Spanish, and beyond my abilities to follow, so I just sat back and relaxed, allowing this aquatic world to wash (sorry!) over me. As I said, there are quite a few buildings, but some were more notable than others, and I really have no idea what was going on with this one: 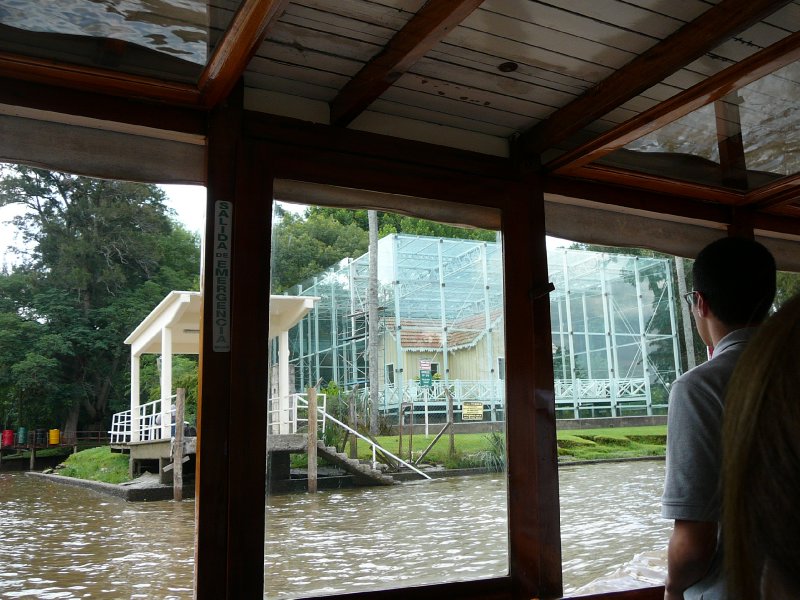 Here are a couple of houses I imagined living in as we glided past: 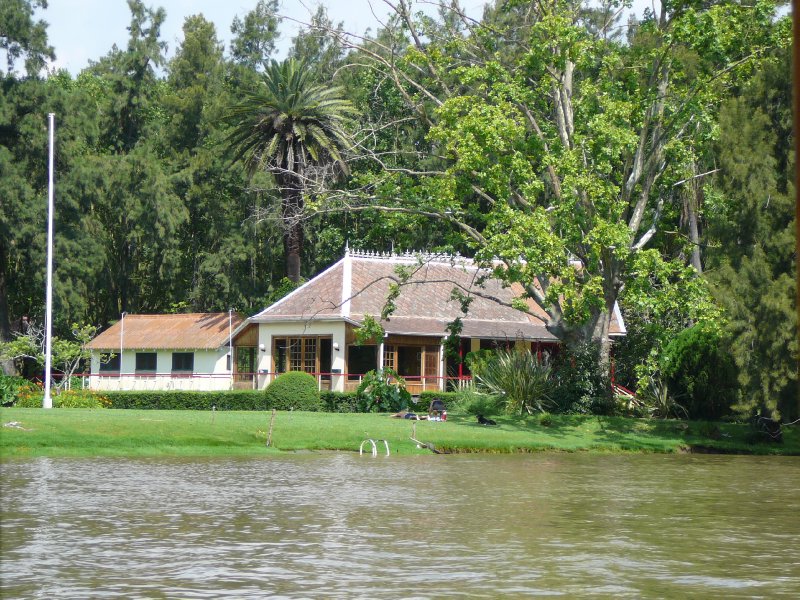 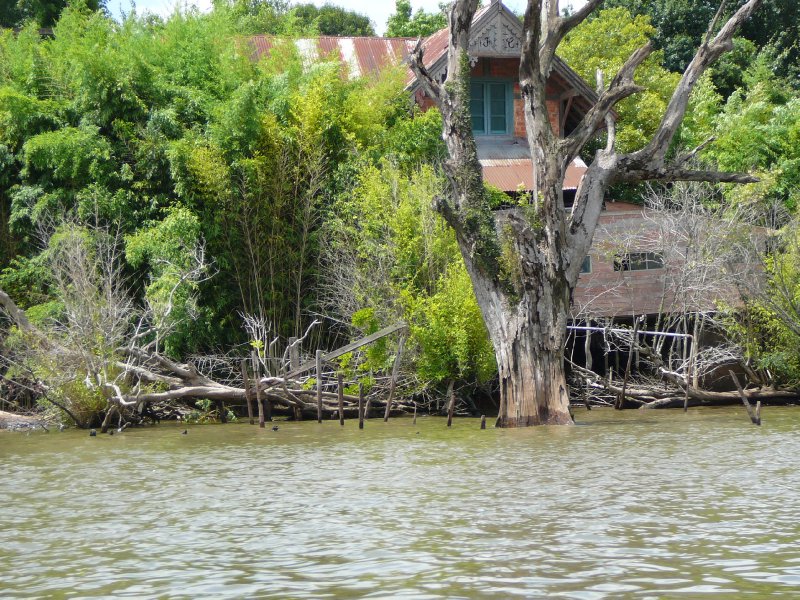 This appeared to be some sort of camp, where kids could come to get away from the city: 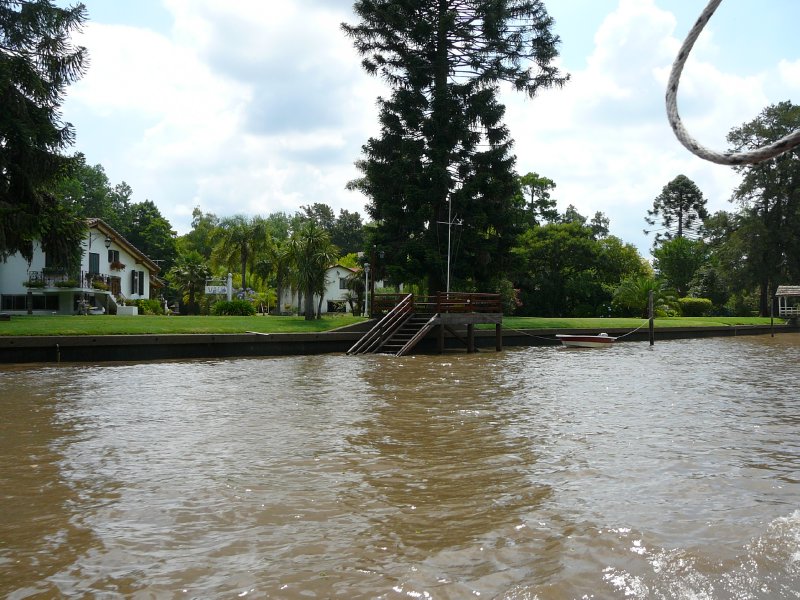 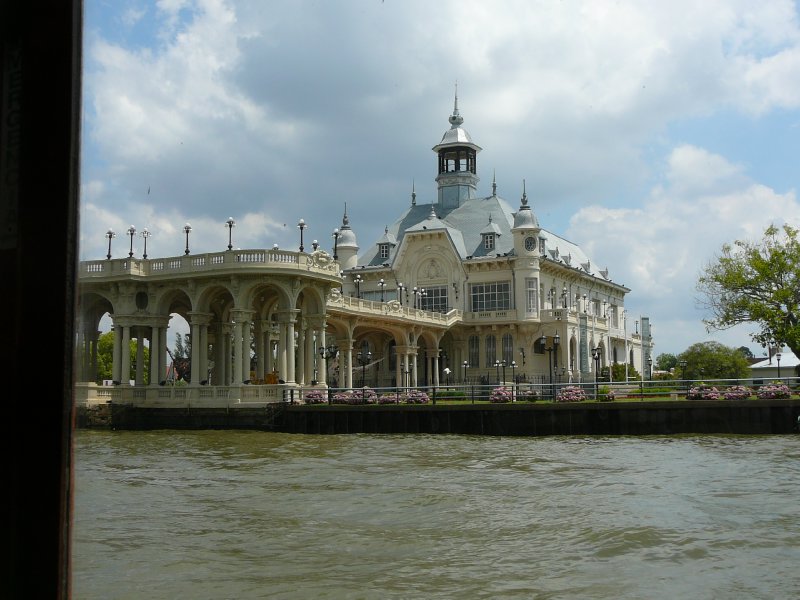 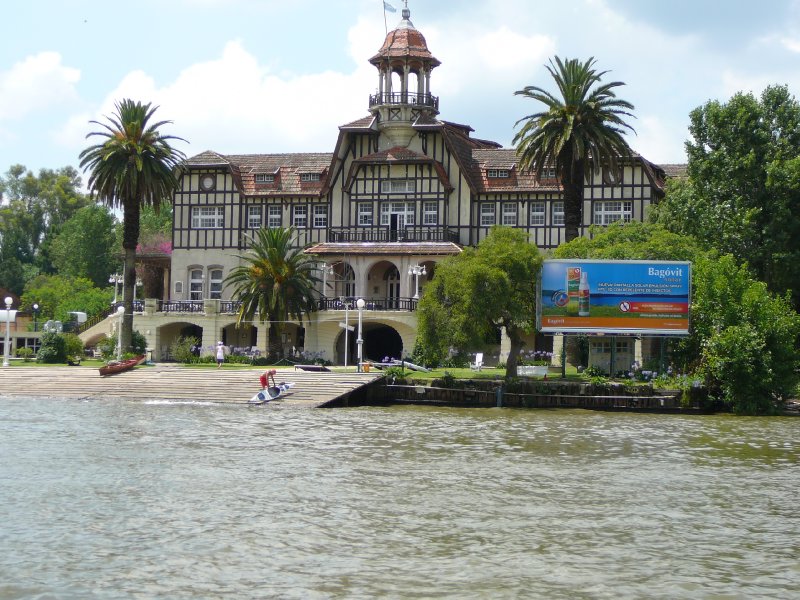 A reminder that this is still very much a working river system: 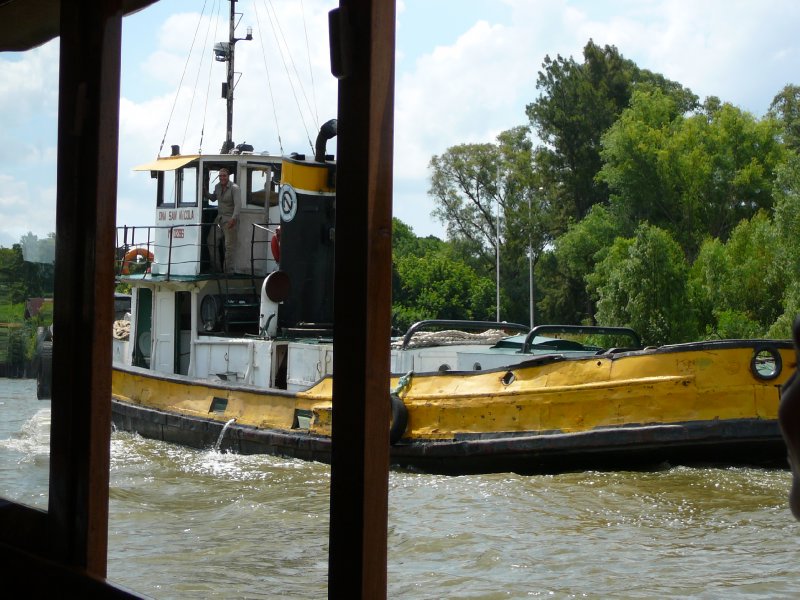 There was one downside to the day - the temperature was incredibly high, so that back on land, it was quite hard to motivate myself to move. I did have a quick look at the town of Tigre, it didn't seem to be up to much, so I went and sat in the railway station, to drink a very large amount of cool cool liquid before heading back home.

Posted by NZBarry 03:46 Archived in Argentina