My last day in Buenos Aires was surprising: after the extreme heat of the previous day, it turned out quite cold, to the point that I needed more than the T-shirt I had set off with. There was no way I was going to see all this great city had to offer, so I decided to focus on the San Telmo area for my last day. It is one of the older areas of the city but has been prettied up, with shops selling high fashion, art and curios as well as a large number of cafes and bars alongside some more traditional places, the sort of place that men go to drink, and quite a few churches.

Buenos Aires has a pretty good underground railway, abbreviated as the subte (subterranean - somehow it sounds more sophisticated than the underground). It is pretty old, always packed, but has nice wooden seats (I rode to the end of the line to get this photo): 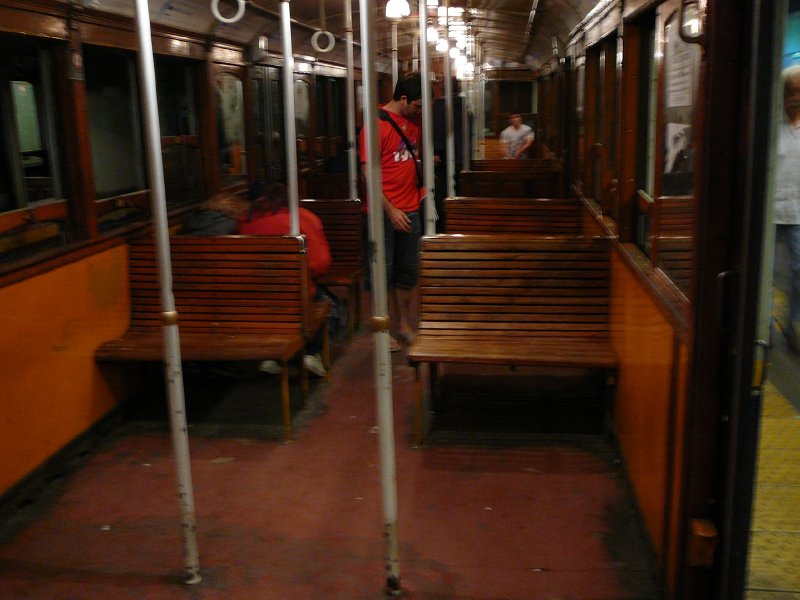 A year on, I find I have several photos of buildings that I cannot identify but the reality is that I didn't know what they were at the time, I just took photos that gave a sense of place or of things that took my eye: 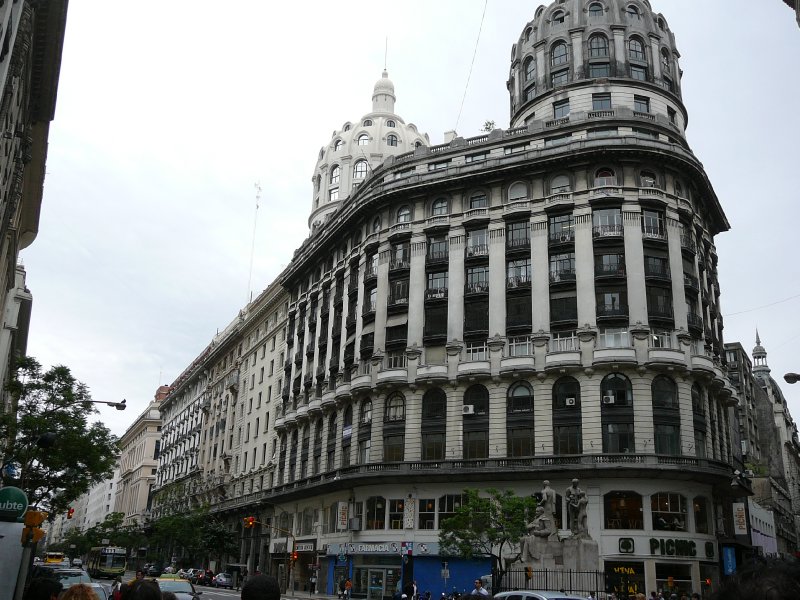 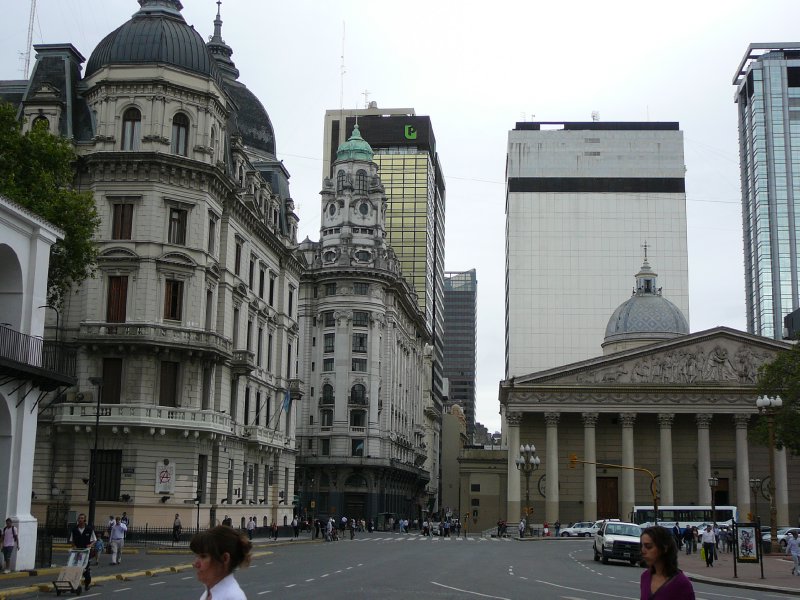 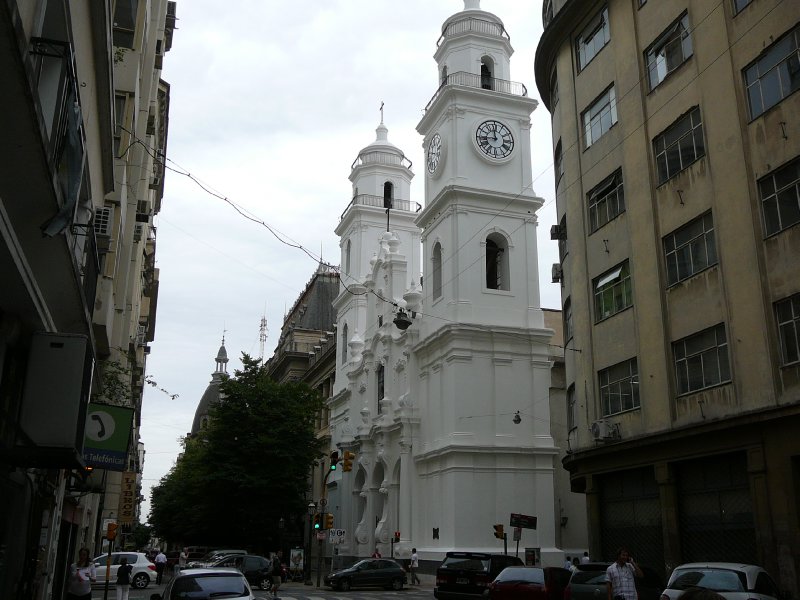 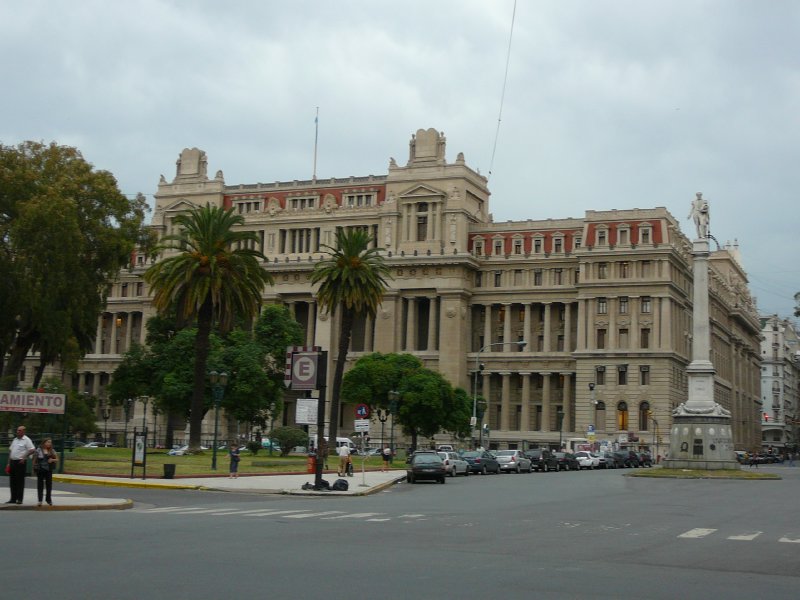 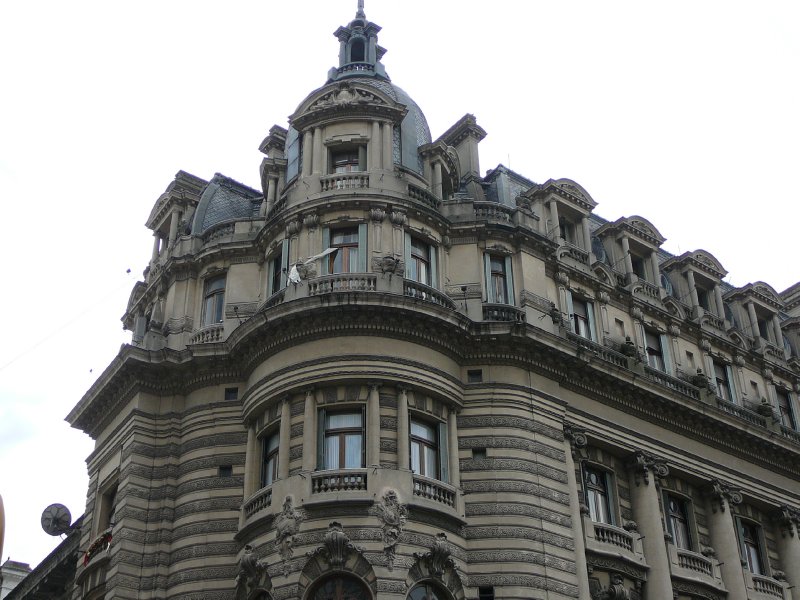 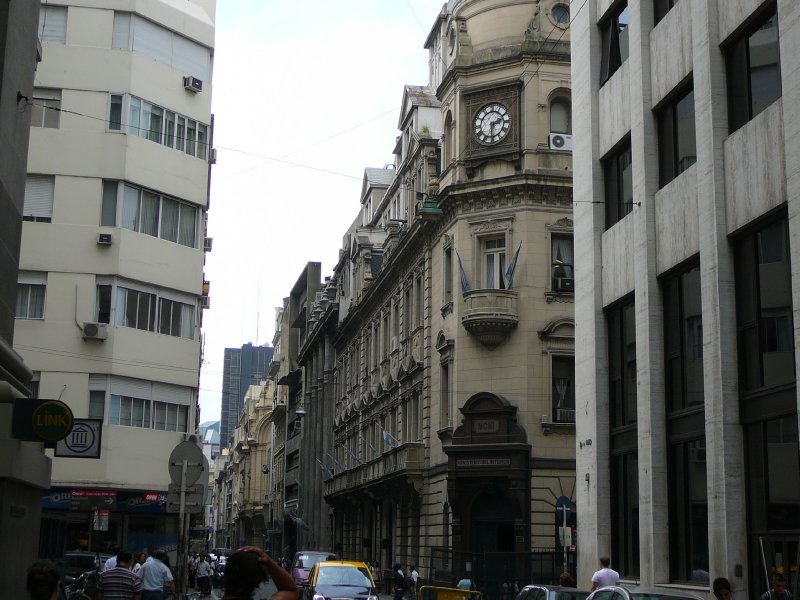 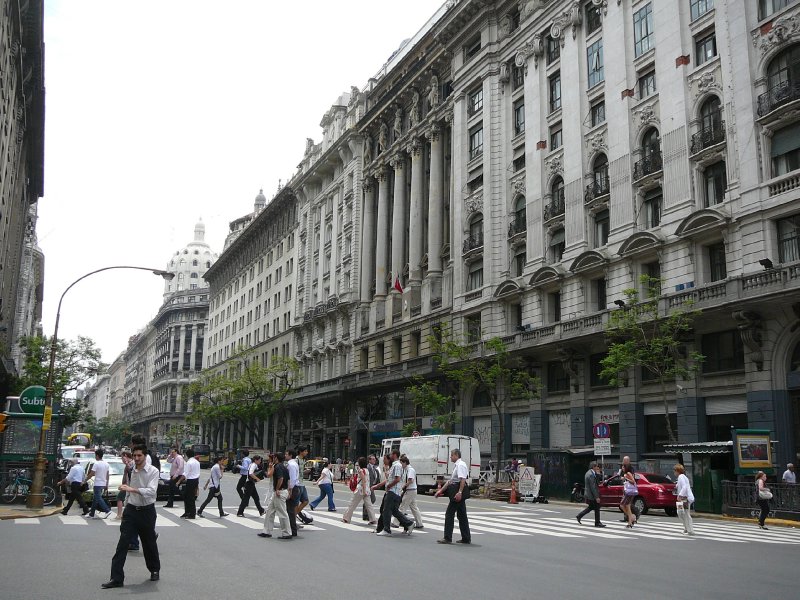 One of the most famous cafes in town is the Cafe Tortoni: it is the longest running in the country (since 1858, just after my country started its modern existence) and in every guide of what to do in Buenos Aires, so I naturally went along. I thought the place looked really great but found the menu curiously uninspiring, certainly not a patch on the suburban places I had been frequenting, and the food I ordered was a bit average. 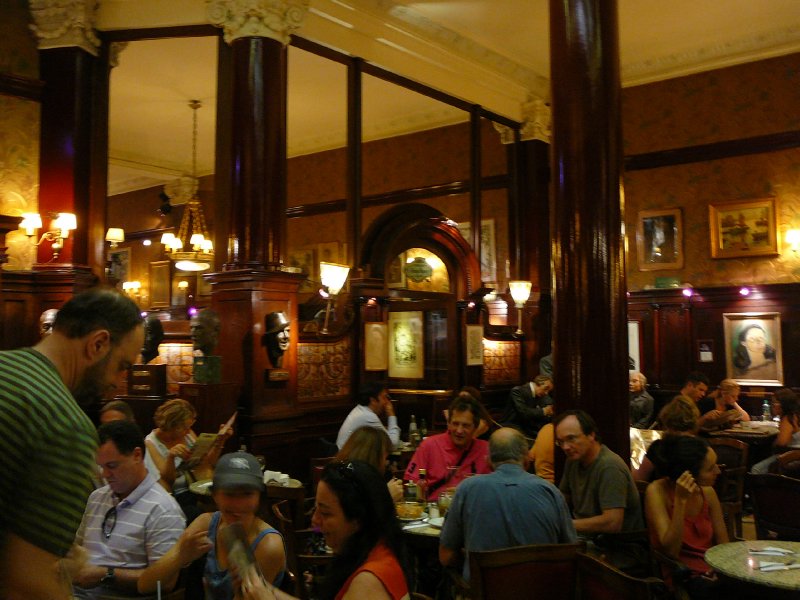 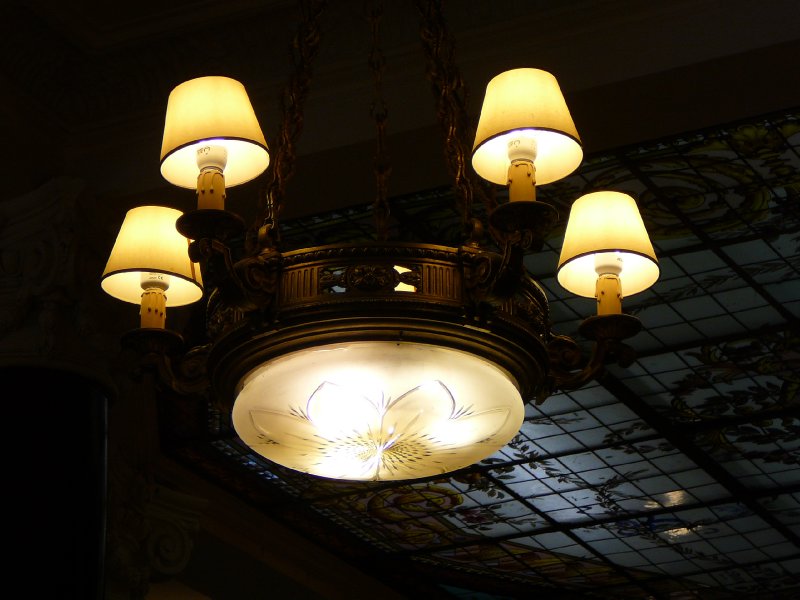 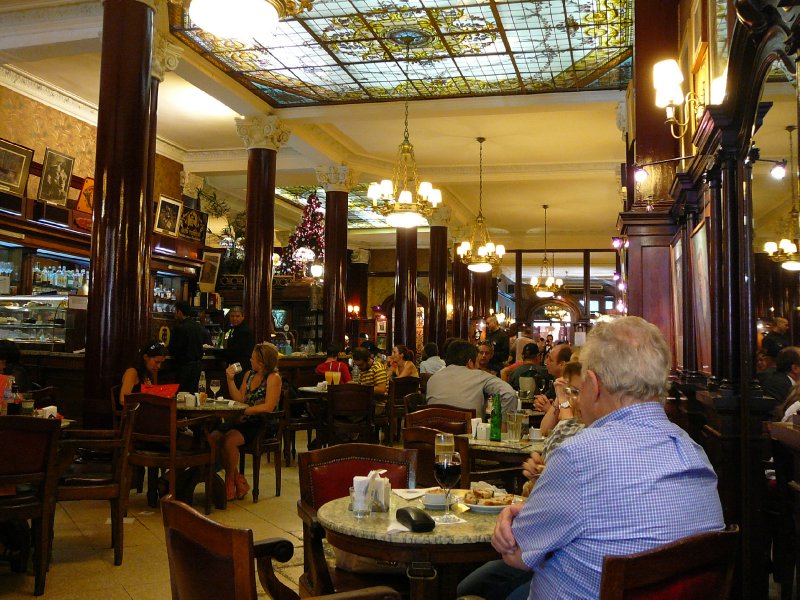 In the back, they had a few busts of famous figures and other memorabilia. Most were not well known to me, but one fellow did leap out, as it were (it was a bust, so no actual leaping was involved): 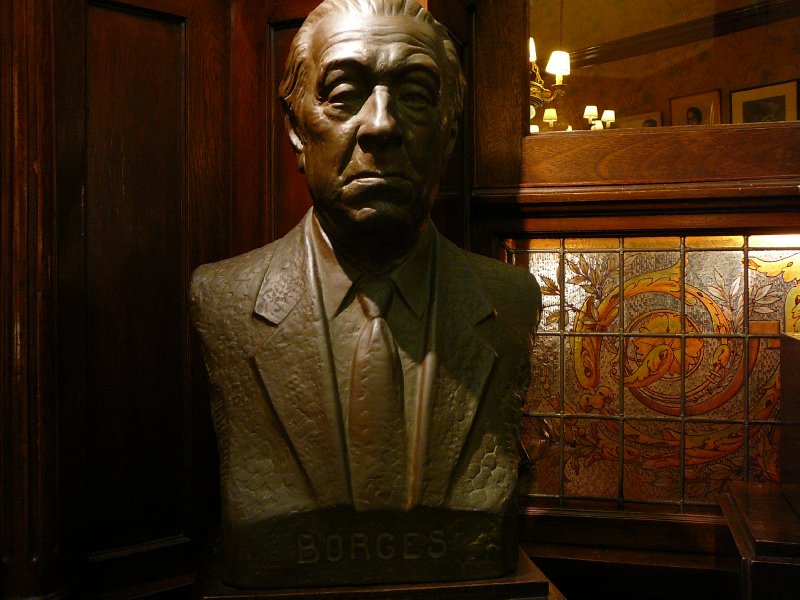 Then it was time to hit the cobbled streets of San Telmo - I really just wandered the streets, albeit in a methodical manner as I didn't want to miss anything. There was some quite interesting shopping to be done, but my bag was pretty full so I had to leave it all behind. I had a weird incident in a toy and household goods museum I went into. I had had a pretty good look round and was on my way out when I was accosted by a gentleman insisting on giving me a guided tour. Somehow he thought his English was up to it when he couldn't understand me saying I was finished and leaving: I had to be rude and just walk out on him. 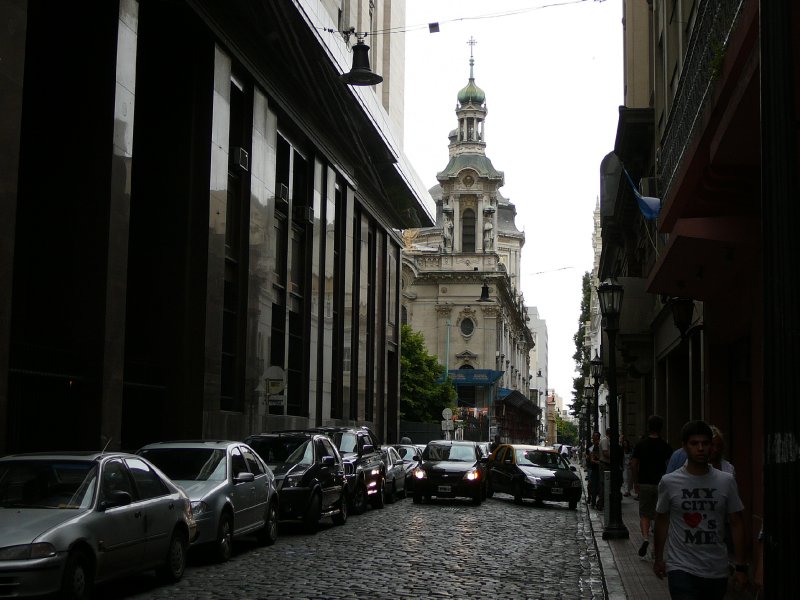 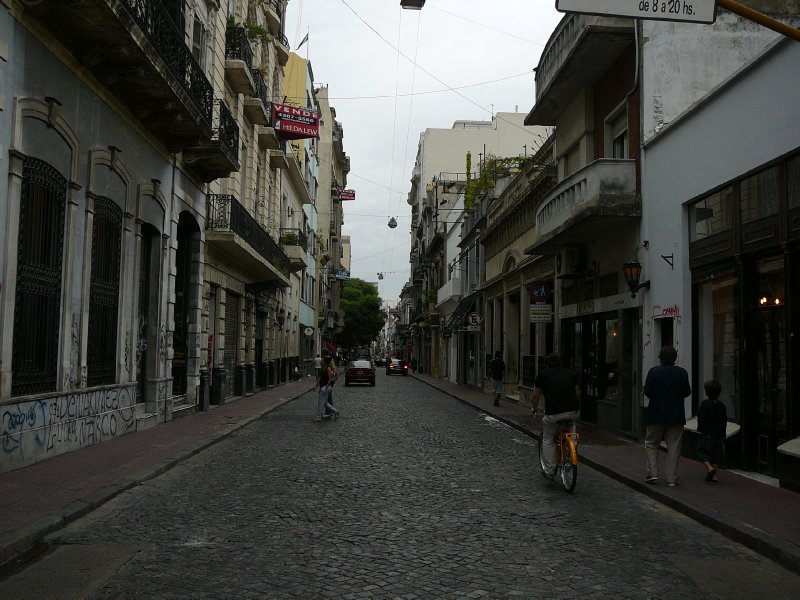 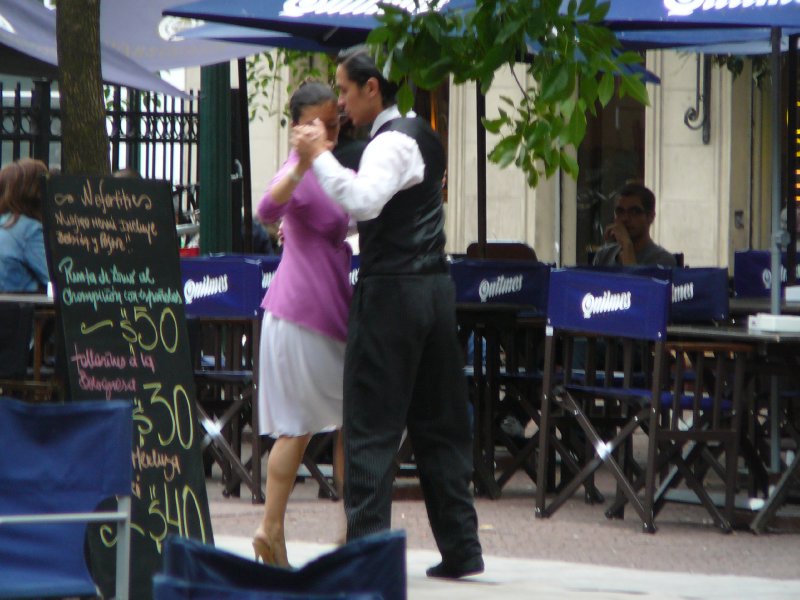 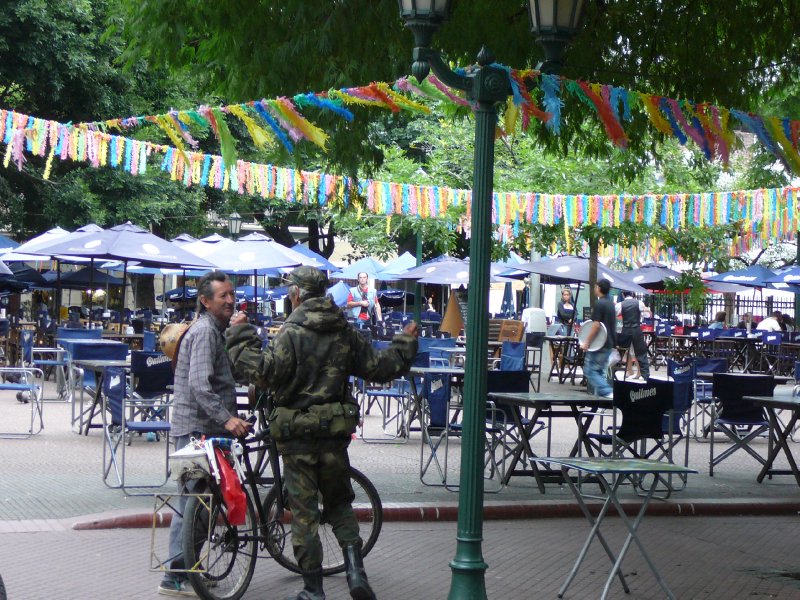 I had got to the furthest point, into an area where there was little of interest and buildings with no eaves, let alone verandahs, when disaster struck: it rained, quite heavily. I did quite a bit of dashing from doorwqy to doorway and scuttling along walls to keep moving but as dry as possible, because the rain looked set to stay and I had plane to catch and found it boring standing in one spot. Eventually I found exactly what I needed - a cafe. The one I found was heavily lemon themed and sold cutesy items for the home, but it wasn't a bad place to have a final cafe doblé and lemon pie (this would always be sold in English - whenever I tried Spanish to order it, they would get confused).

On one of my walks, possibly not on the last day, when I wandered pass their legislature, the Argentine National Congress, it was in lock down mode because they were anticipating a protest: 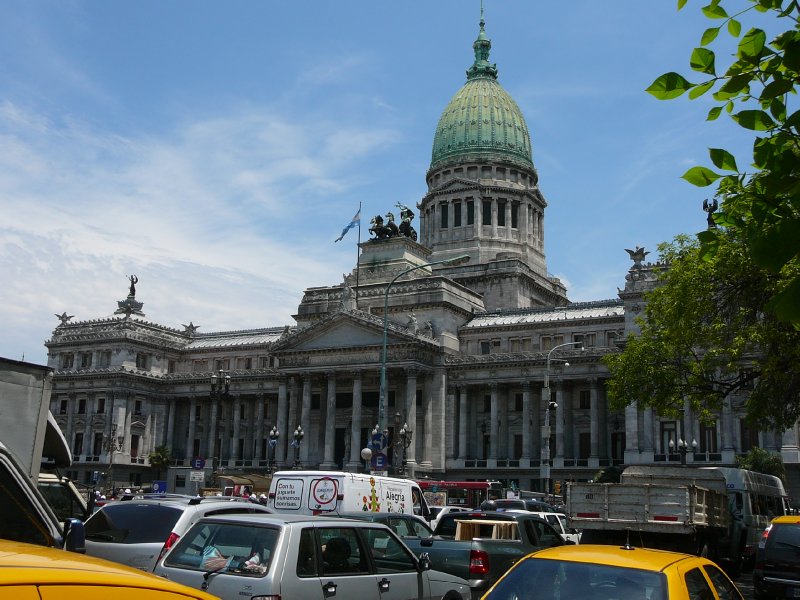 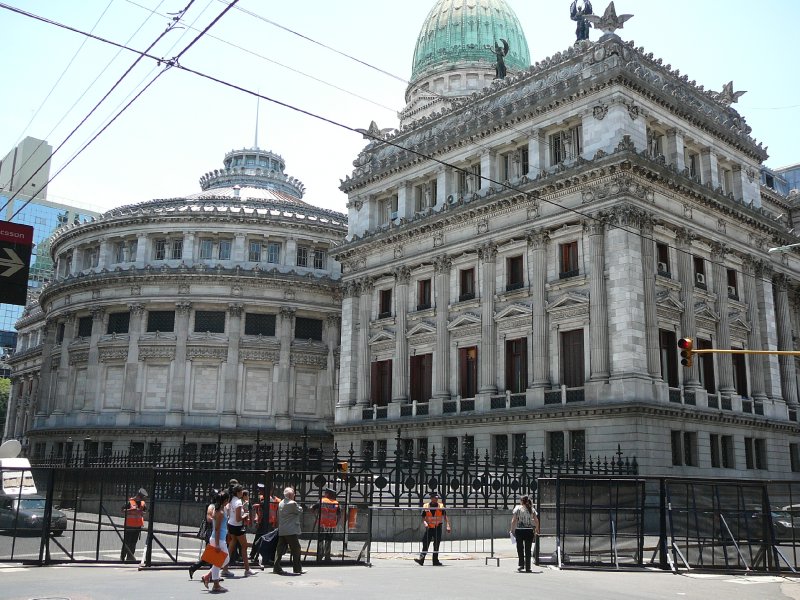 Another venue for protest is La Casa Rosada - the pink is allegedly achieved through the use of blood. This is the Presidential Palace, modelled on the Post Office, which outclassed it, something President Roca thought little of. One addition is the balcony facing La Plaza de Mayo - this is where Eva Perón addressed a crowd of maybe 300,000 after her husband was released from arrest to thank them for their support (but not sing Don't Cry for me Argentina). The thing I found most noticeably was that a photo display had been set up outside, but each photo was of the same subject, the present President, Christina. 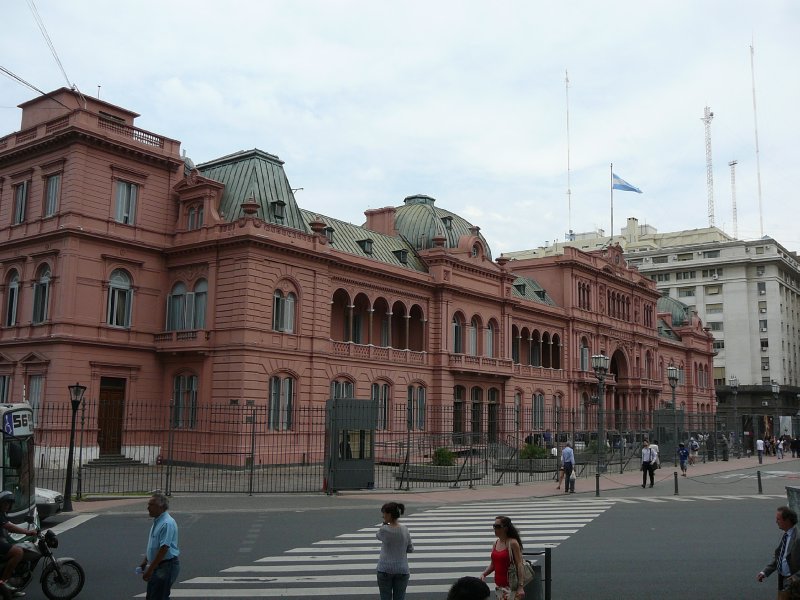 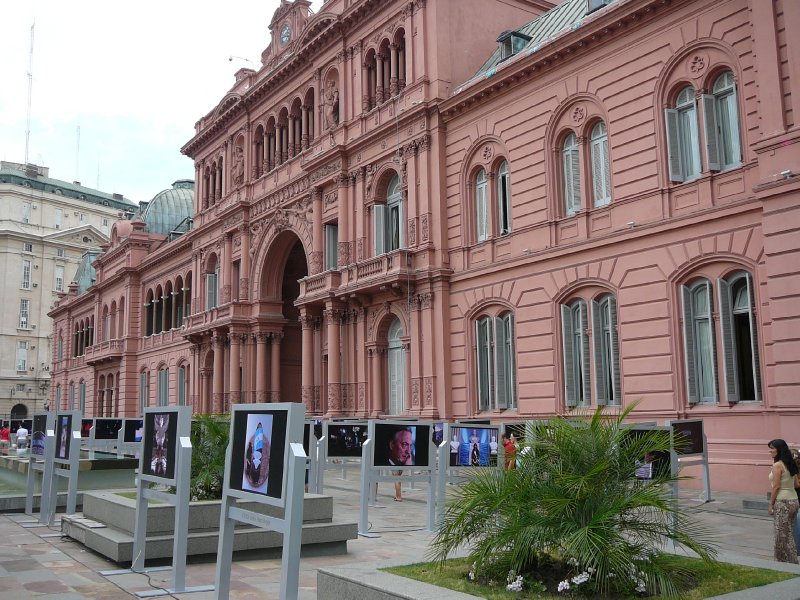 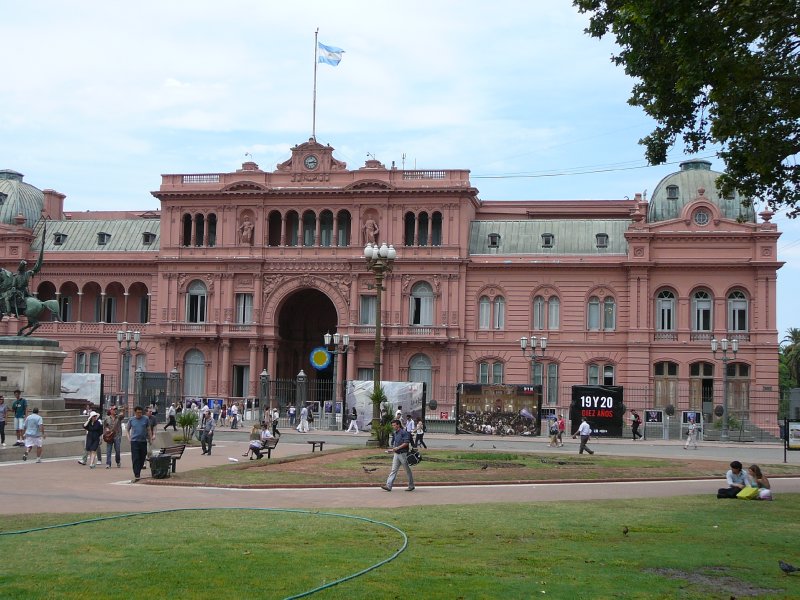 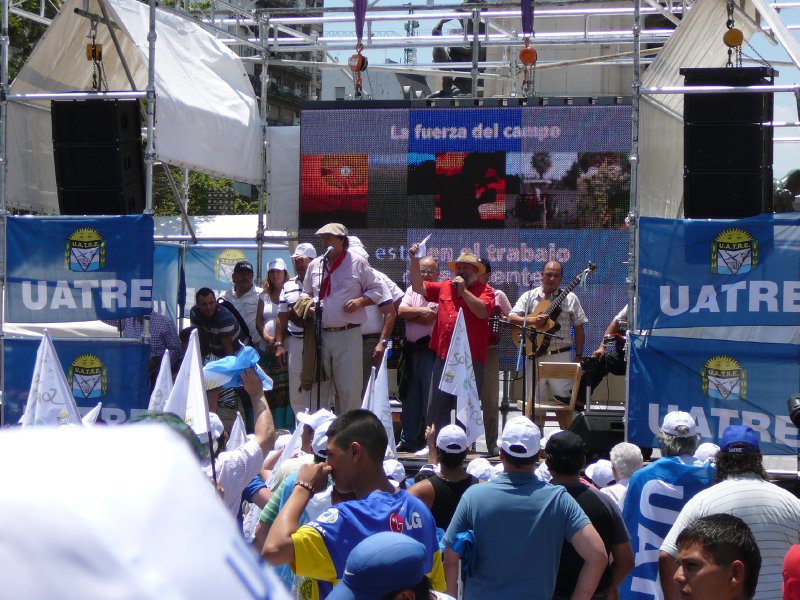 My flight was a late one, so I thought I could have one final walk out past my hotel, and made all sorts of discoveries - many cafes, a couple of cinemas, shopping malls and lots of interesting wee shops to poke my nose into. I did plan to have dinner but struck a problem - this was maybe 6:30 or 7:00 and no one eats that early in Argentina. The cafes were either deserted or had people having afternoon tea or drinking, but I eventually found a place for a nice chicken and mushroom concoction and a couple of beers. Then it was time to collect my bags from the hotel, where the host was seeing me off as if I was family or a close friend, and catch the bus out to the airport - one on which I had to stand for a fair way. At least twice I secured a seat, only to be ousted when a mother and child wanted it and then an extremely old lady. At least they still respect such things there.

Posted by NZBarry 23:50 Archived in Argentina