So far, I've arrived in places without much of a plan of what to see but Osaka was different. Here I had the Momofuku Ando Instant Ramen Museum to attend. In fact, it was partly because of such curious tourist attractions that I decided to come to Japan in the first place. As the story goes, Momofuku Ando saw lots of people waiting for their ramen, this is just after world war 2, and thought to himself "there must be a better way". His problem? How do you dry a noodle but give it flavour? You deep fry it, of course. This is where it all began (well, a replica anyway of his wee shed): 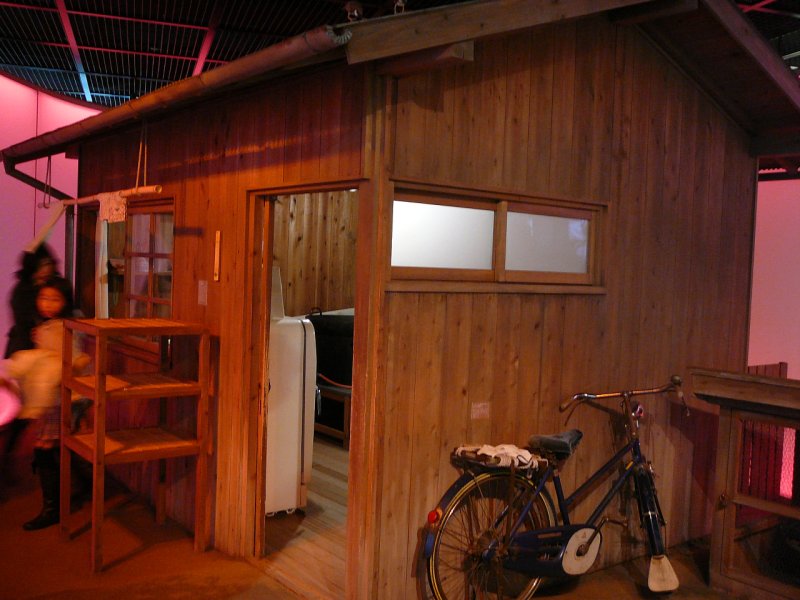 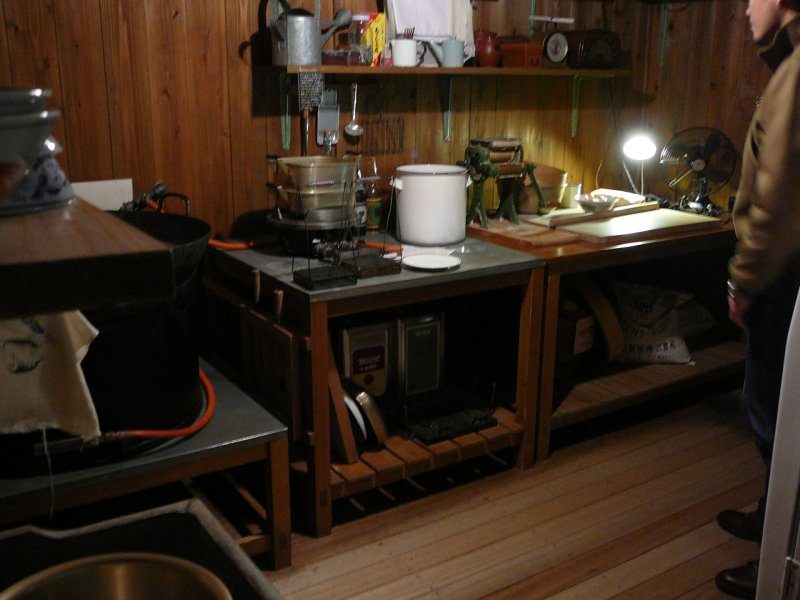 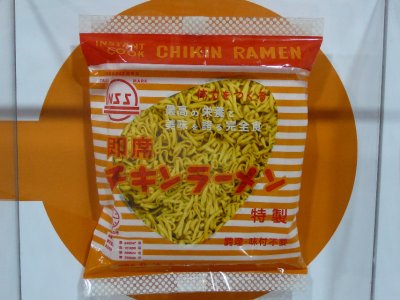 Since then, things really took off - this is a so-called timeline of all the products his company, Nissin, went on to produce 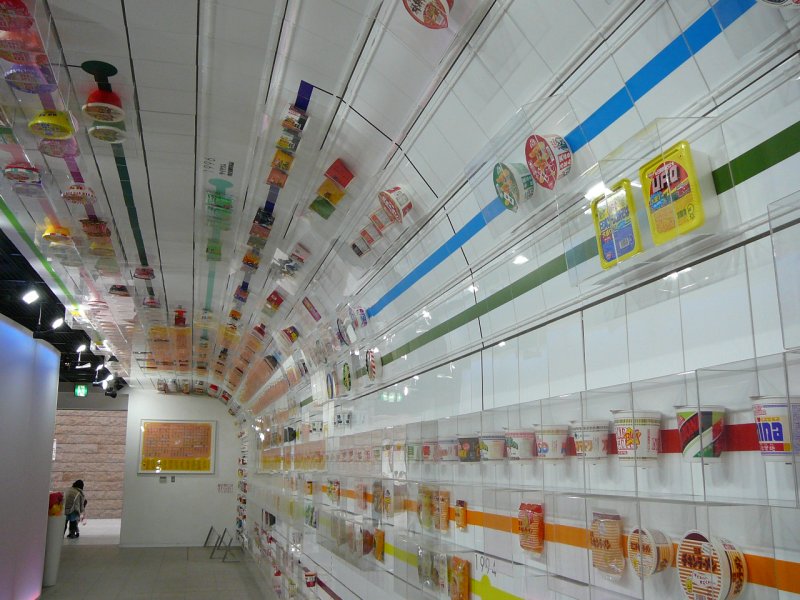 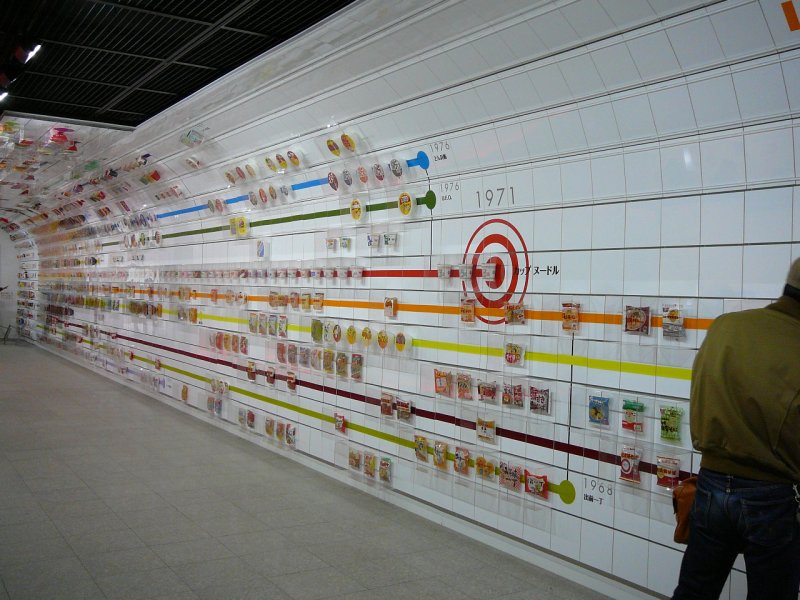 Nissin has even produced a noodle that can be eaten in zero gravity environments, used by Nasa in the space programme, leading to Nissin claiming it is an intergalactic noodle supplier (just a little bit of a bold statement there!) and to produce several space themed noodles.

I am not sure why I didn't do it (possibly because I lack any kind of artistic impulse and the first step is to decorate the cup), but they let people design their own instant noodle flavour 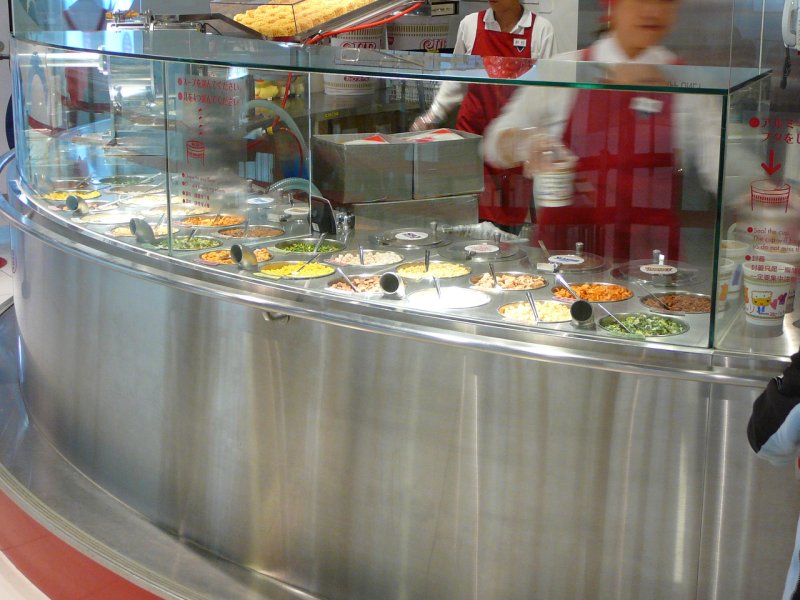 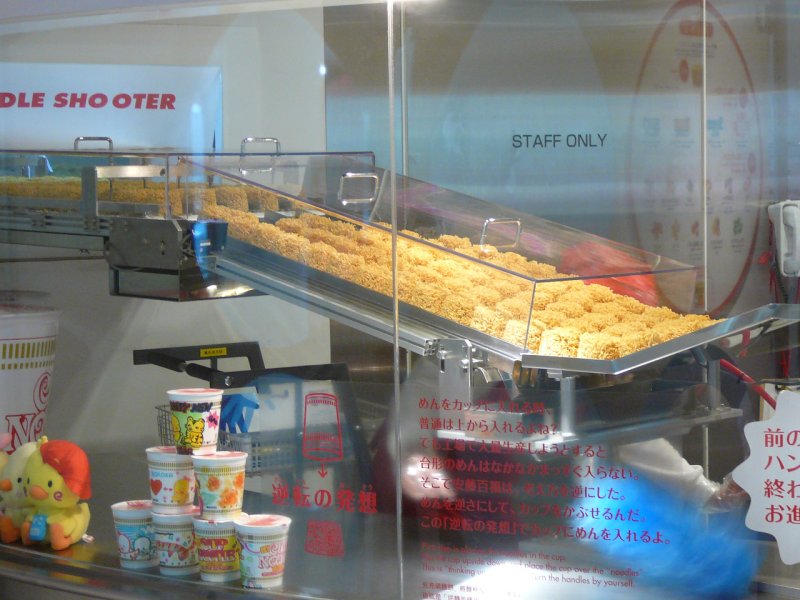 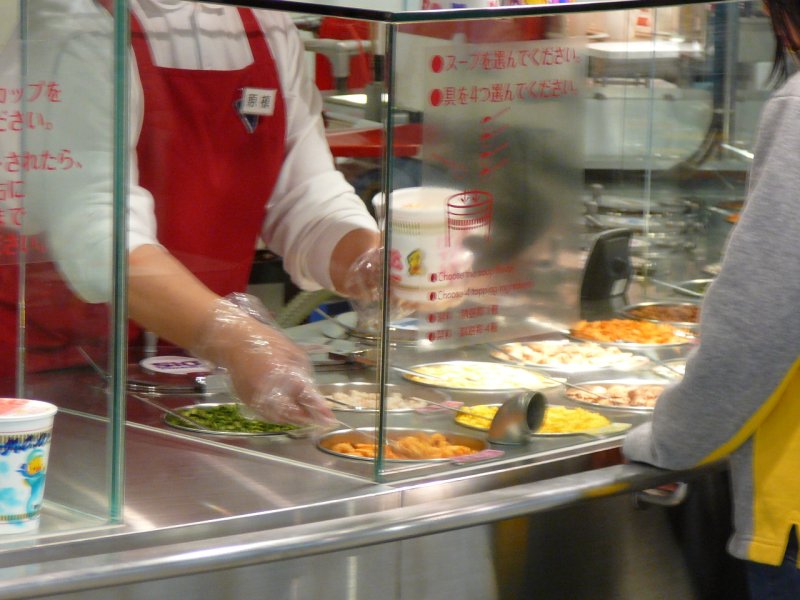 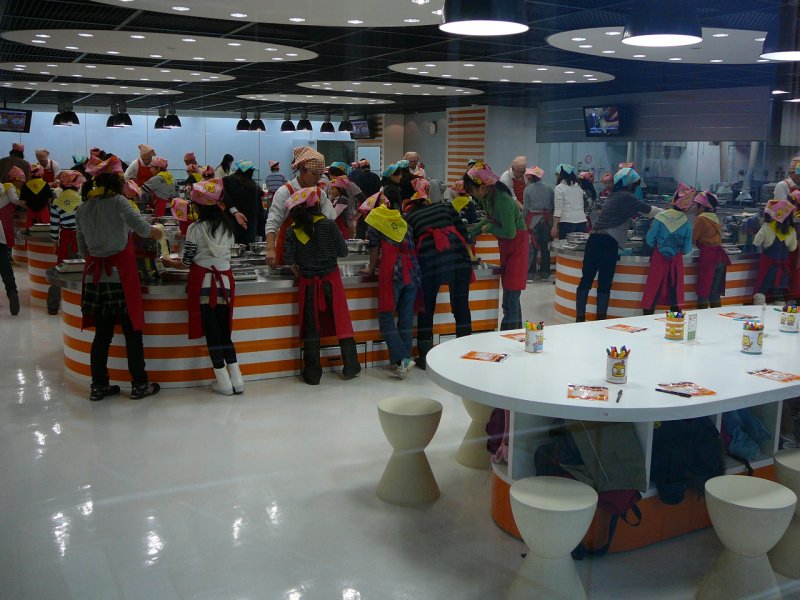 Not sure where they actually make the noodles sold to the consuming public: they are so ubiquitous all round Japan that I suspect the demand would not be satisfied by daily groups of schoolkids rolling out a few noodles, so I suppose there must be a bit of a factory elsewhere. Downstairs, there was a sort of cafeteria with lots of vending machines selling Nissin ramen. I thought I should do the decent thing and have one but had a devil of a time choosing one, mainly because the labeling tended to not be in English at all. The one I chose was spicey but apart from that, I couldn't really say what it purported to be.

There weren't a whole lot of other things I wanted to see in Osaka - I don't really do aquariums and was a bit over the whole idea of temples. I suppose I could have gone to Universal Studios, but it didn't seem very Japanese. In the mood for a museum, I picked the Museum of Housing and Living, a recreation of an Edo era village. Oddly enough, it was on the 8th floor of a small high-rise building - very authentic, I'm sure. The place seemed too well laid out and mannered to be a replica - here's the view from above (not sure if the cats are real or not): 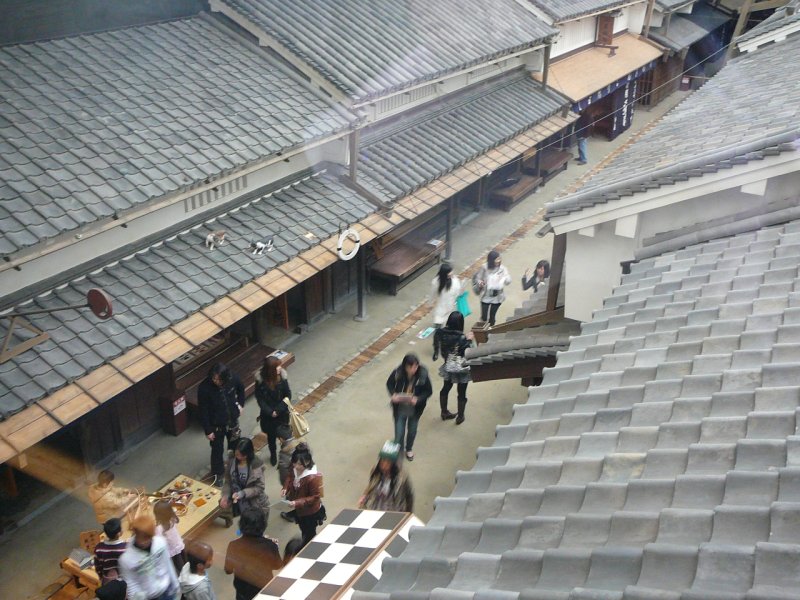 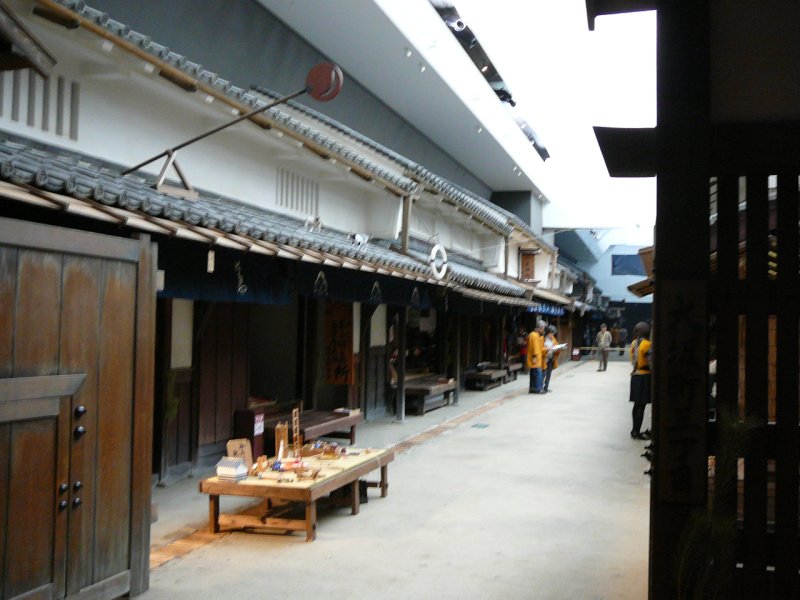 Most of the shops were aesthetically pleasing 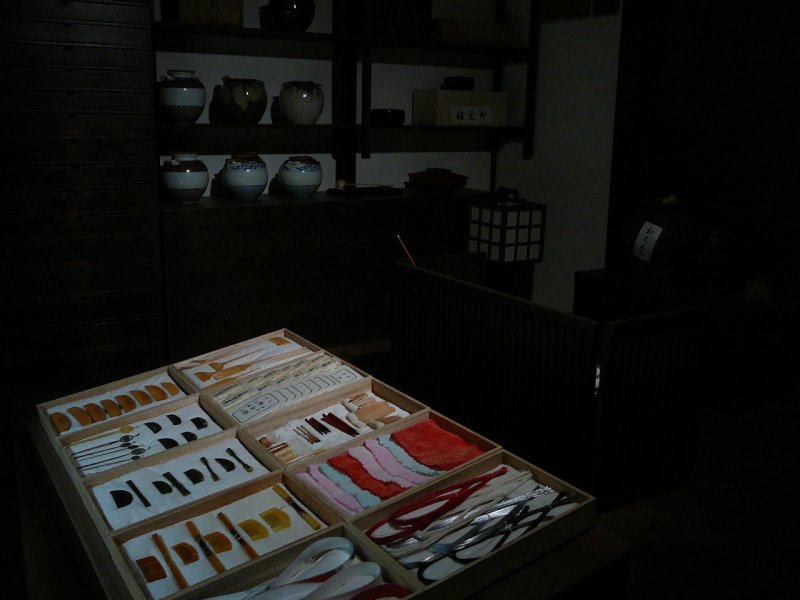 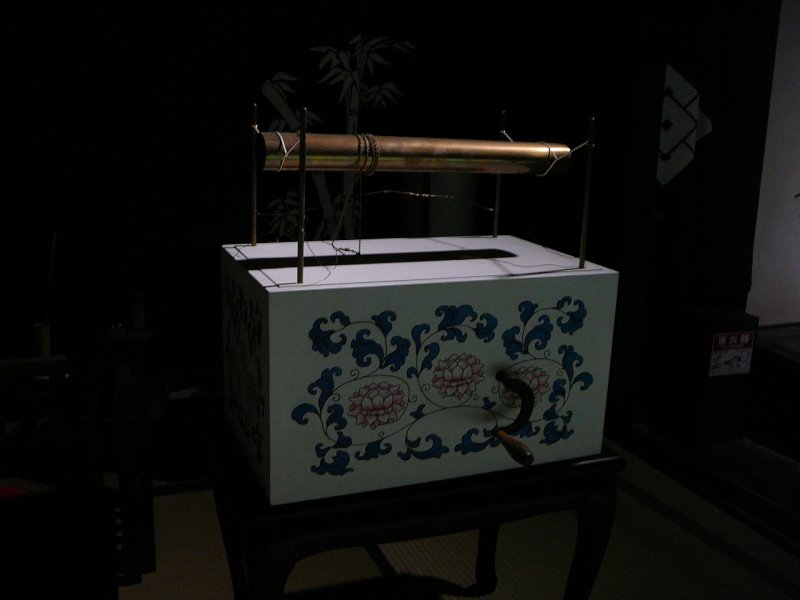 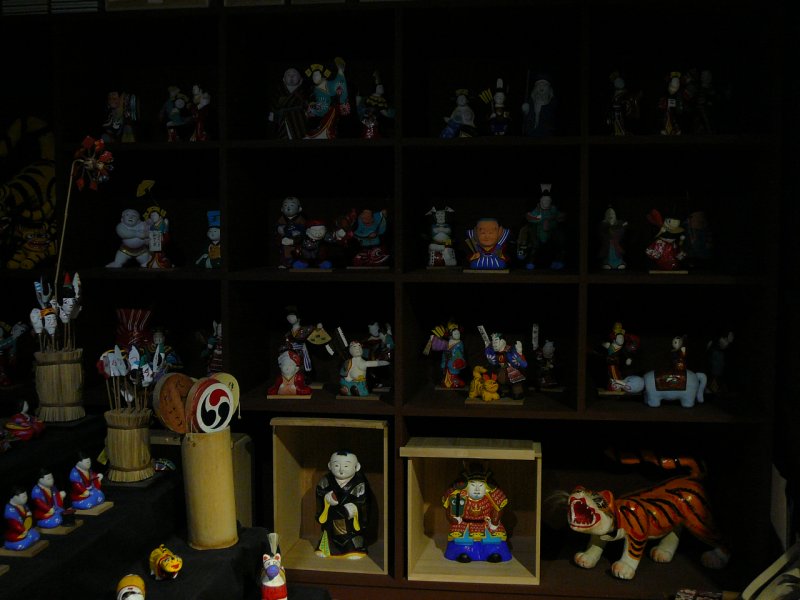 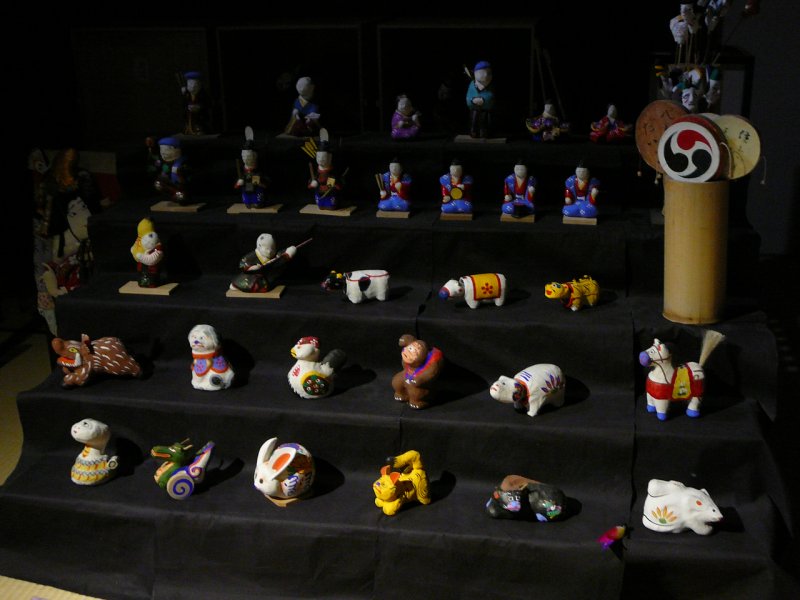 It seems that after the war, with the housing difficulties the Japanese were facing, one solution was to create a "bus settlement": 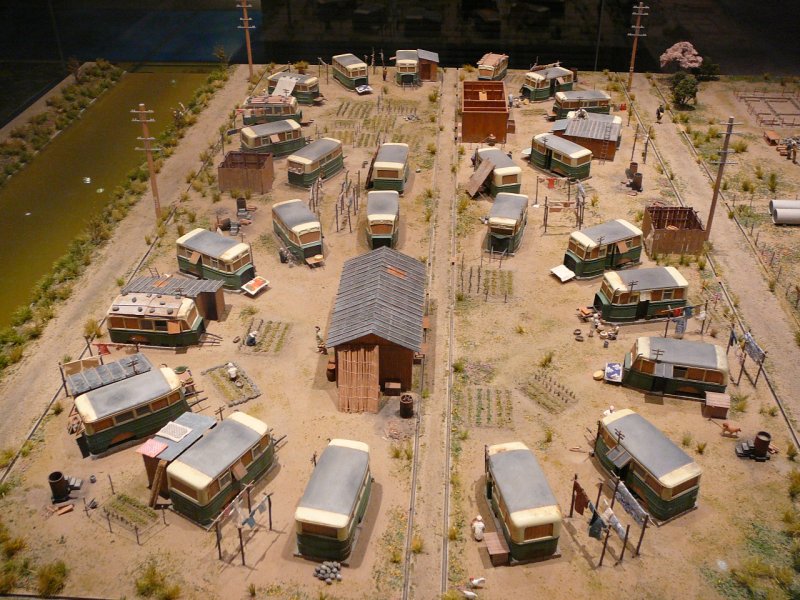 One thing Osaka is famous for is its shopping - it had the first underground mall in Japan. I went in and was thoroughly confused several times as to which was the forward direction. While trapped in the maze, I got a little adventurous with my eating and tried the grilled eel, which was quite tasy 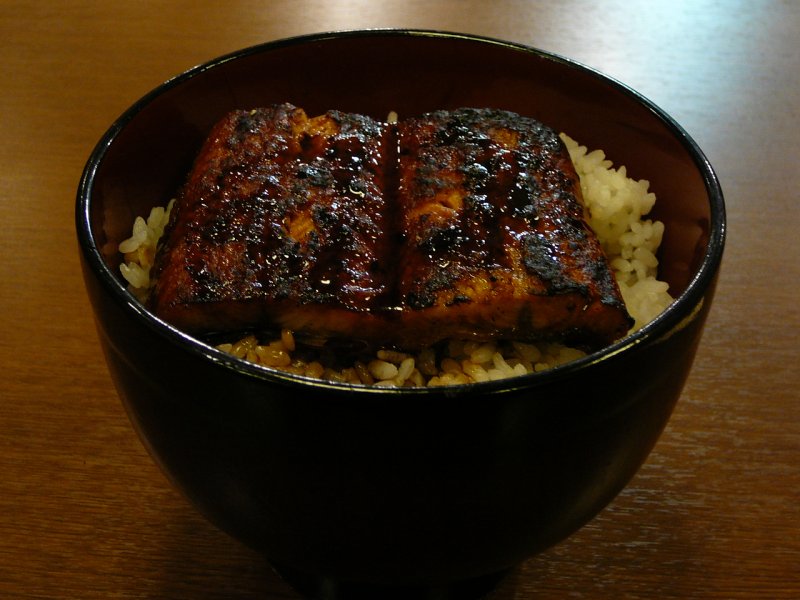 Obviously, not a whole lot of people shared my taste that day 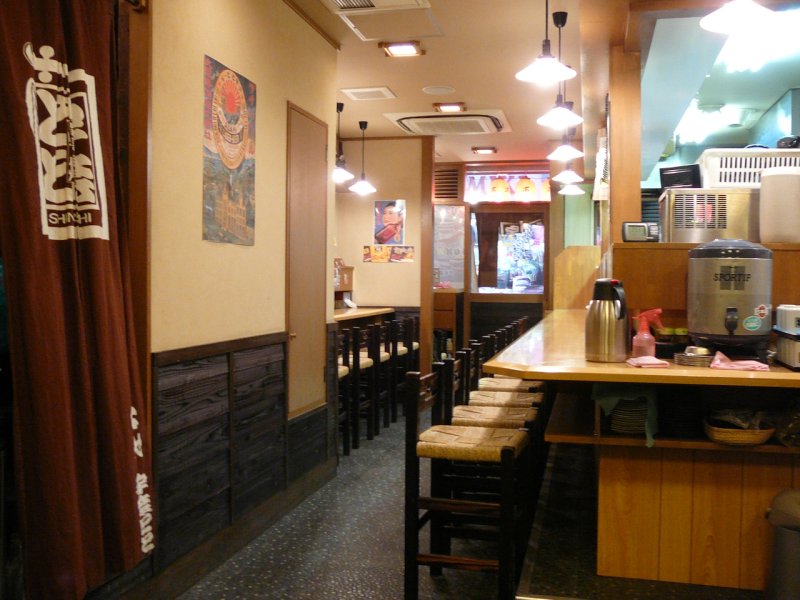 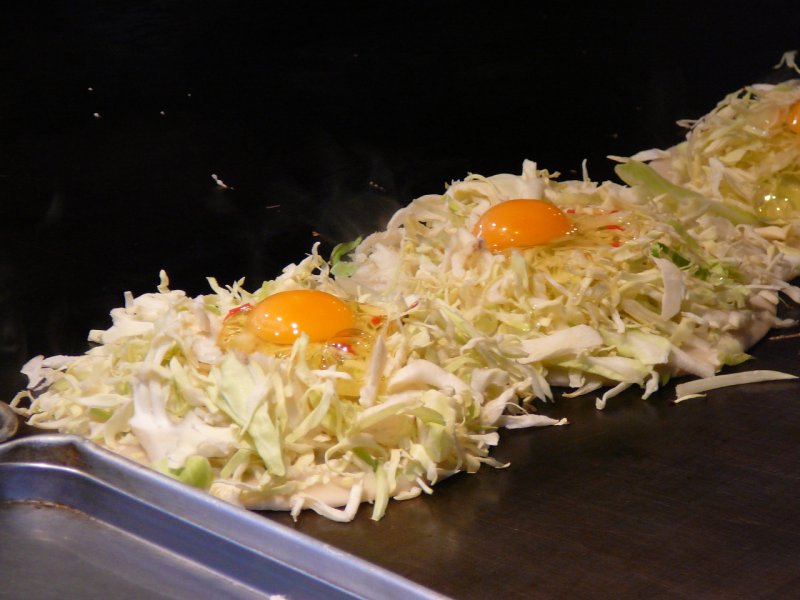 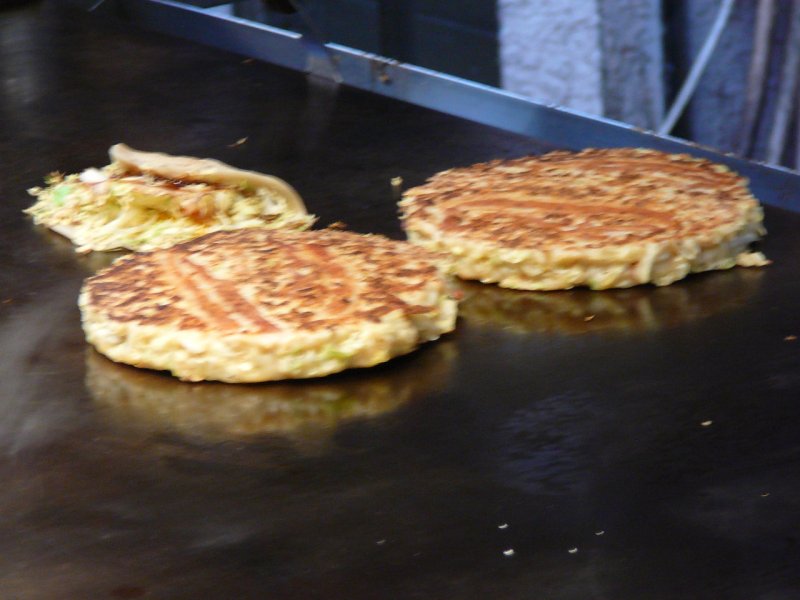 They're called Okonomiyaki, and they're an Osaka thing - too much cabbage for my tastes, so I didn't try one. Apparently there's a batter which binds it all together, but it's not all that obvious.