It starts with a head, well, the inside of a head. I am wandering Rustaveli Avenue , vaguely looking for a coffee shop but really just seeing what I can see, when I see a giant head. Beside it, there's an equally giant hand and a relatively normal sized fellow, reading a book. 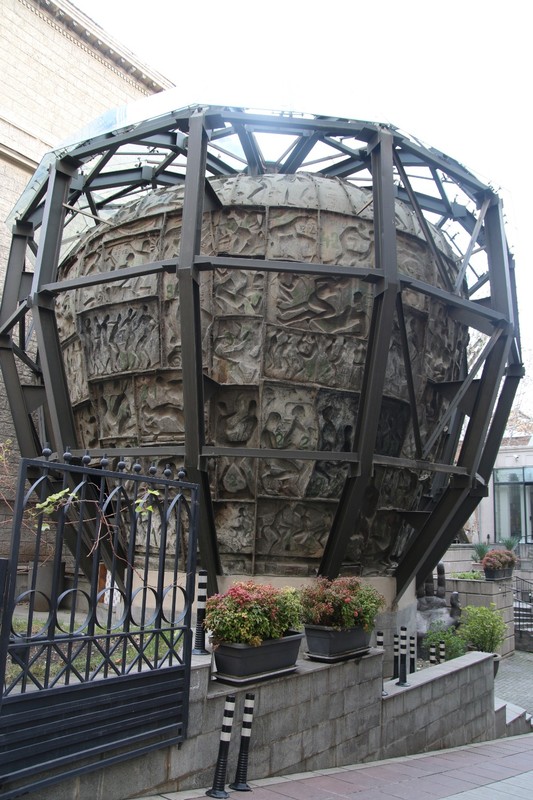 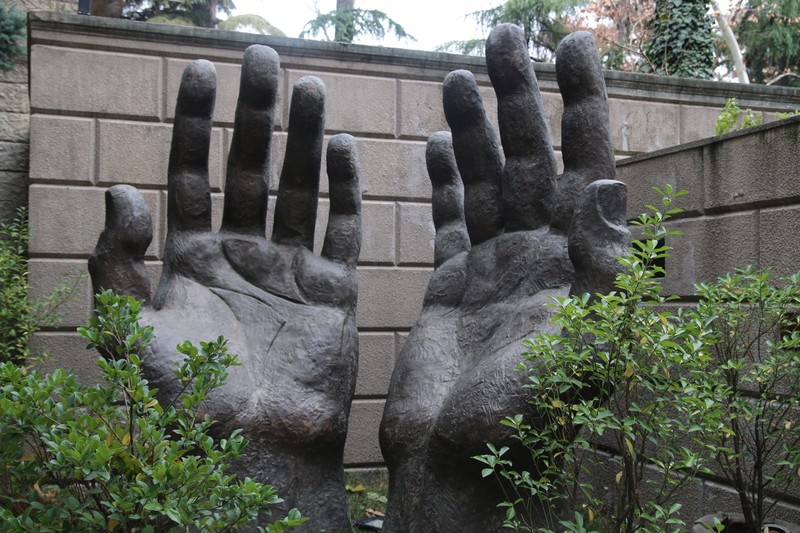 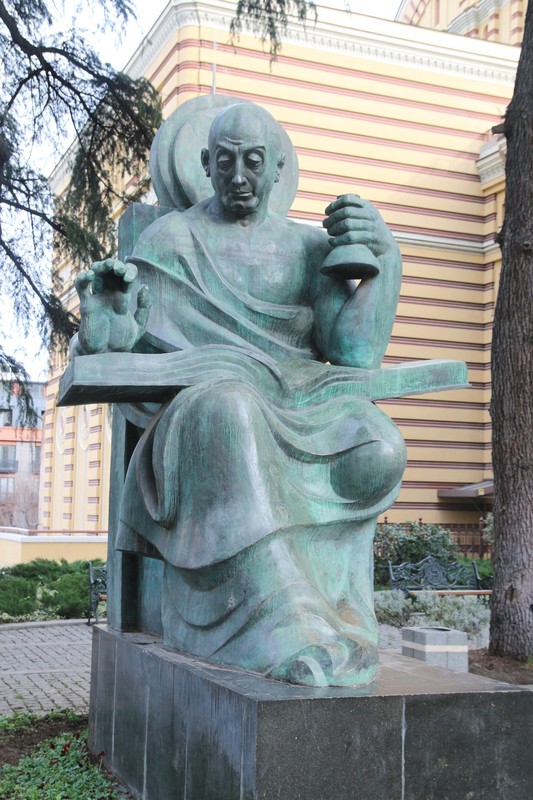 This is enough to make me want to go inside whatever this building is and see what's going on - it turns out to be the Zurab Tsereteli Museum of Modern Art , which has no connection with the New York institution bearing a similar name. Mr Tsereteli is quite a big cheese in the international art world. He was born and educated in Tbilisi and moved on to Moscow, where he is the President of the Russian Academy of Arts. His various projects must have cost millions of dollars - while some works have been commissioned in Moscow (and presumably paid for) I have been unable to find out how he made his money. Every single piece of art in this three story "museum" is attributed to him, and entry is free, so this place is not funding his work. 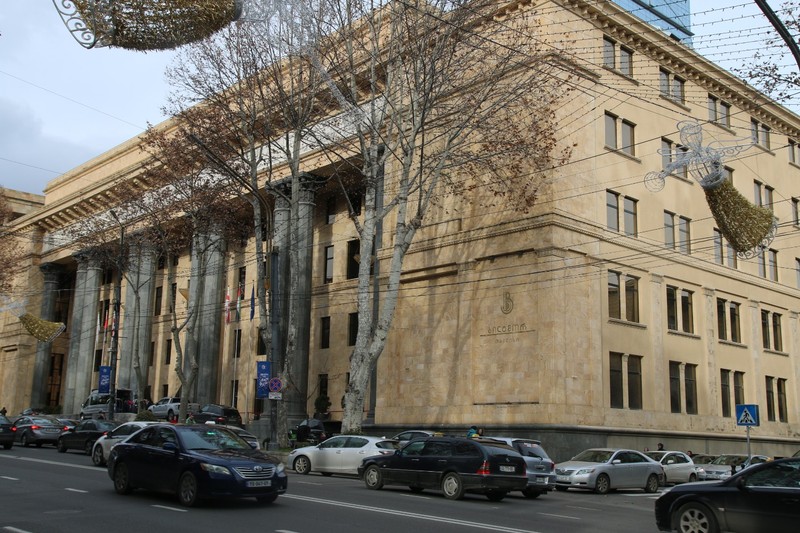 Unlike a lot of modern art, I quite like what I see here. There are a lot of sculptures - Tsereteli has many heroes and they tend to form the subject matter of his sculptures, including some giants of the art world which he presents in a form slightly larger than life. 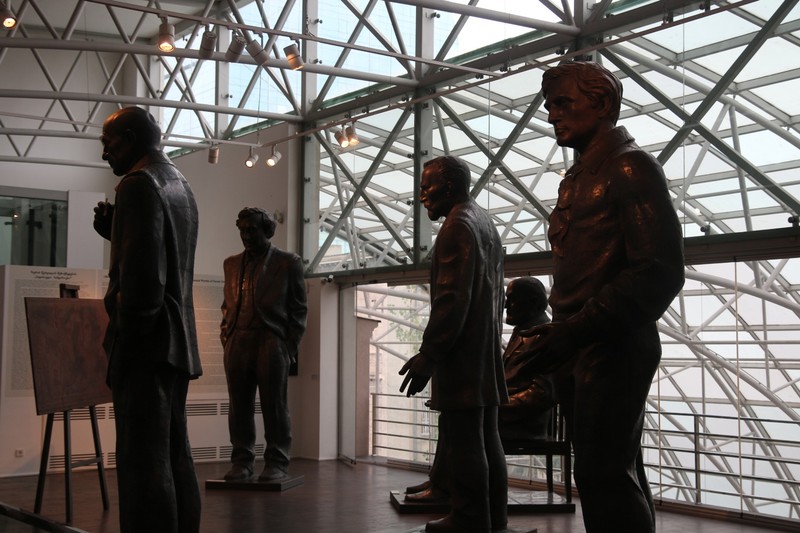 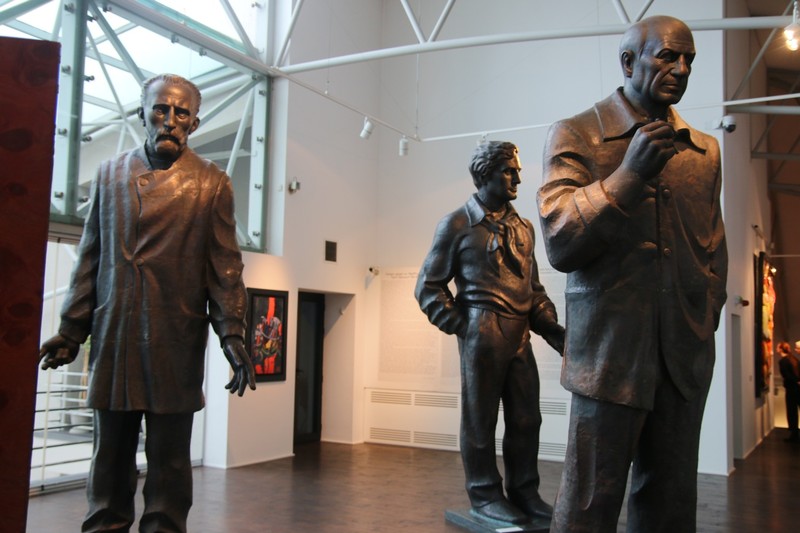 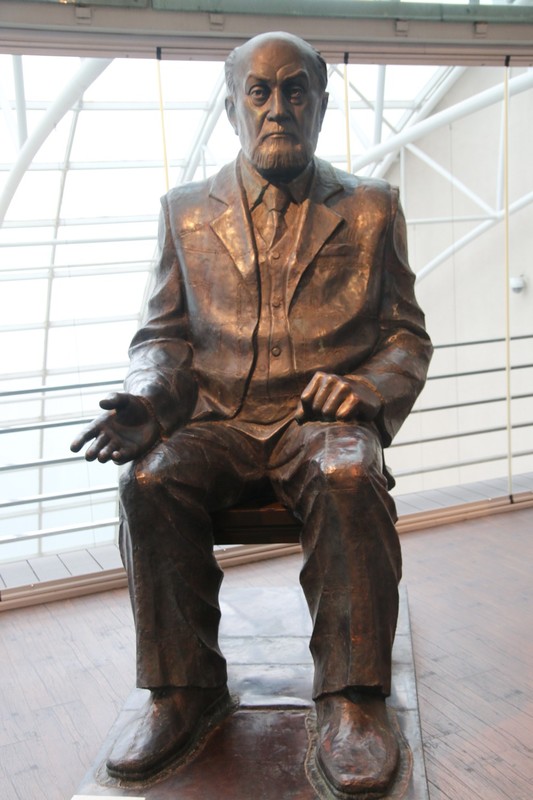 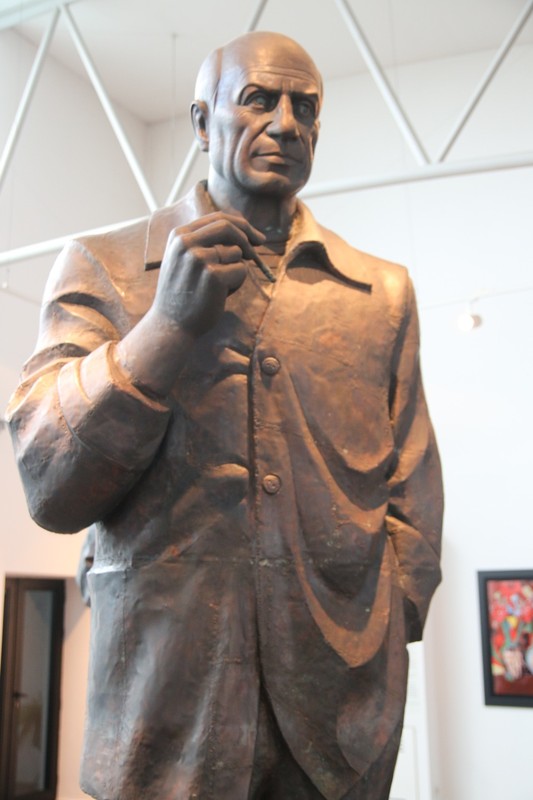 The last two are Matisse and Picasso. His paintings are big and bold, maybe a bit primitive. 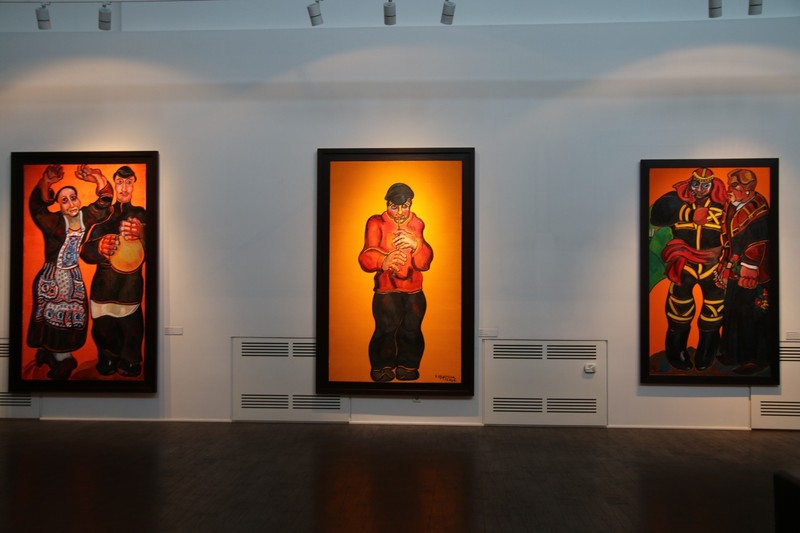 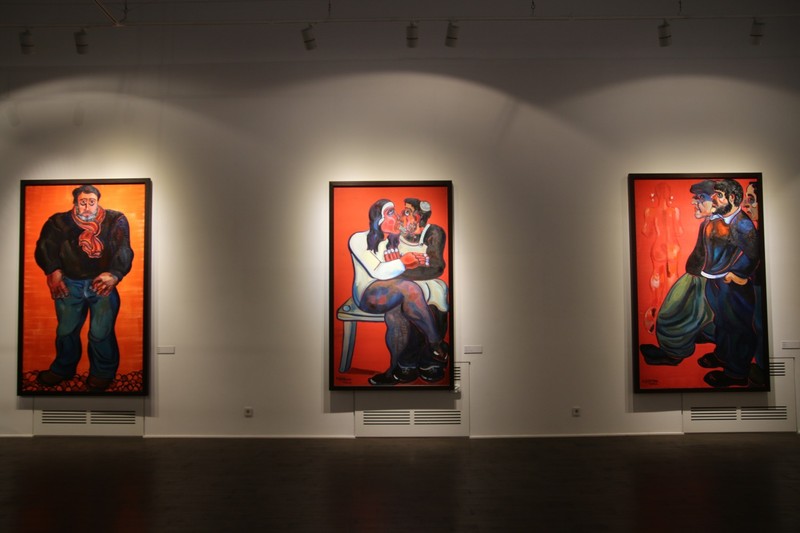 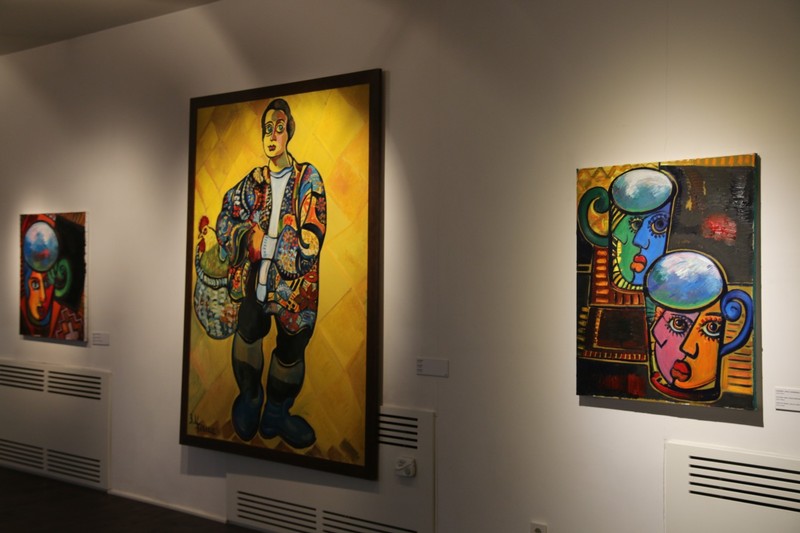 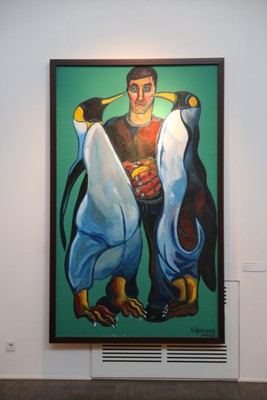 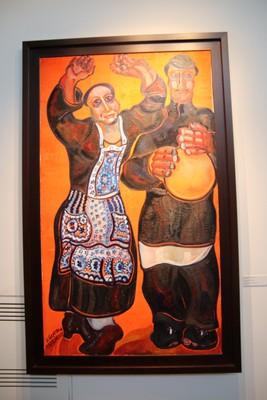 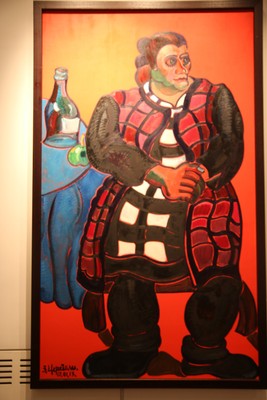 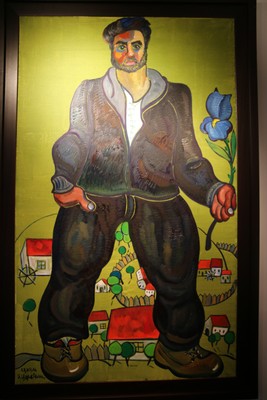 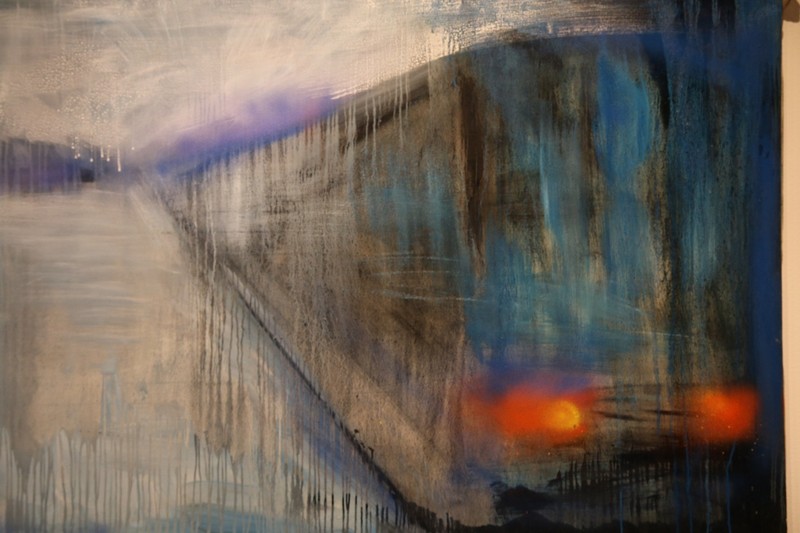 Here's another gallery - paintings down one wall, and a rather whimsical set of sculptures down the end - musicians and birds. 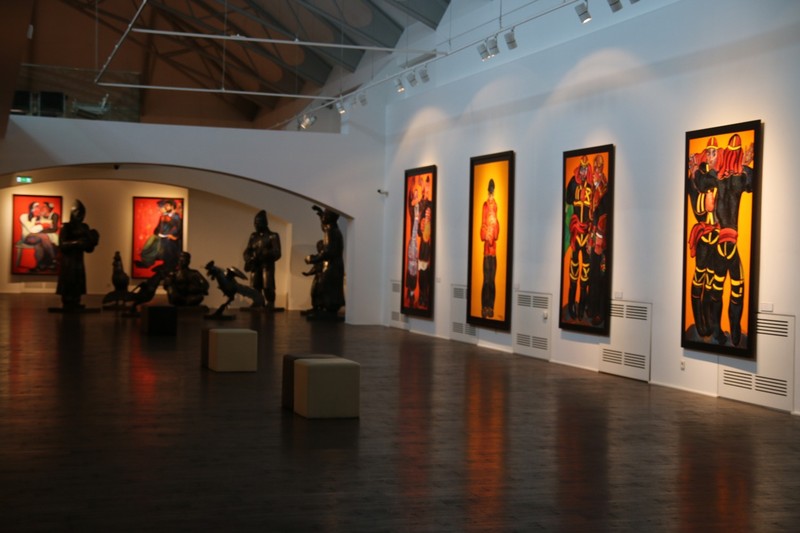 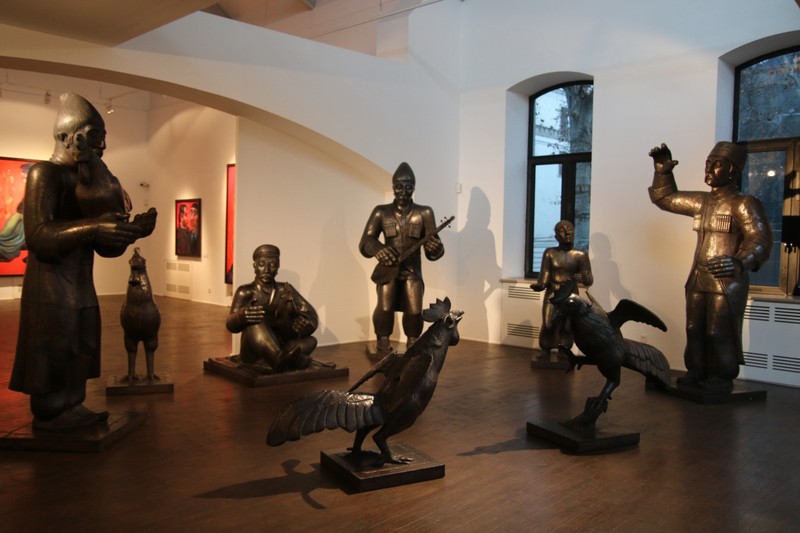 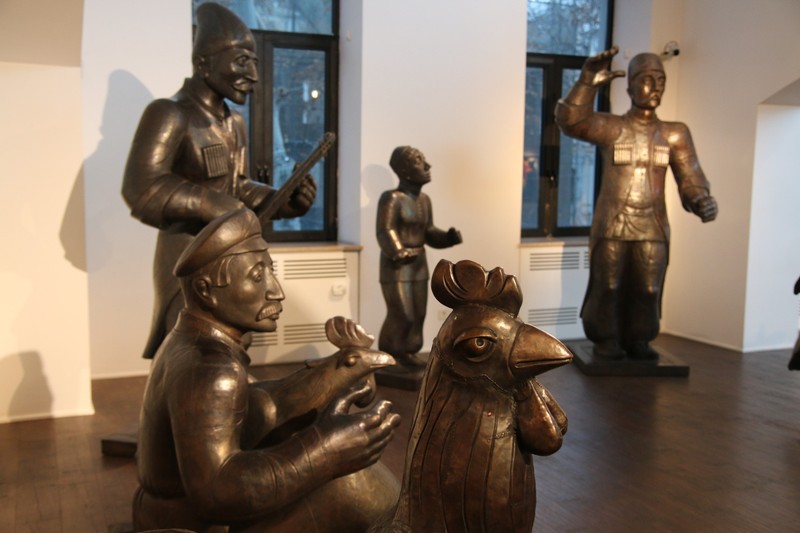 Finally, four more sculptures scattered around the place which catch my eye: 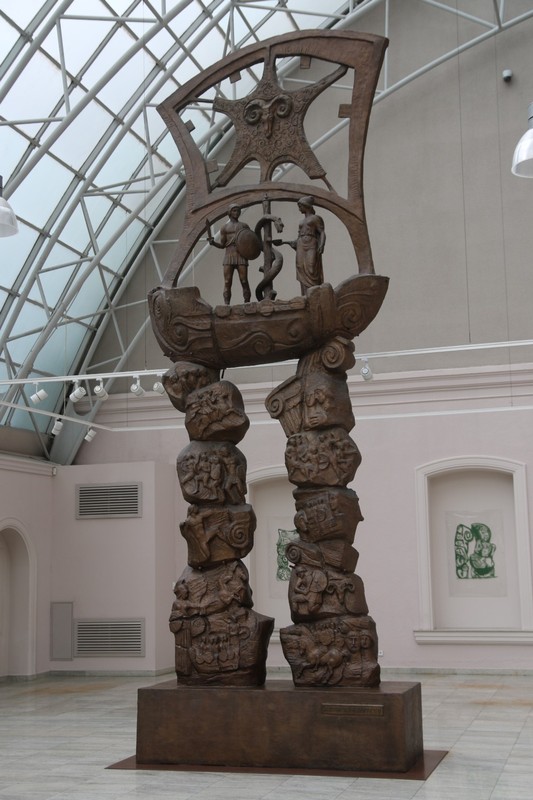 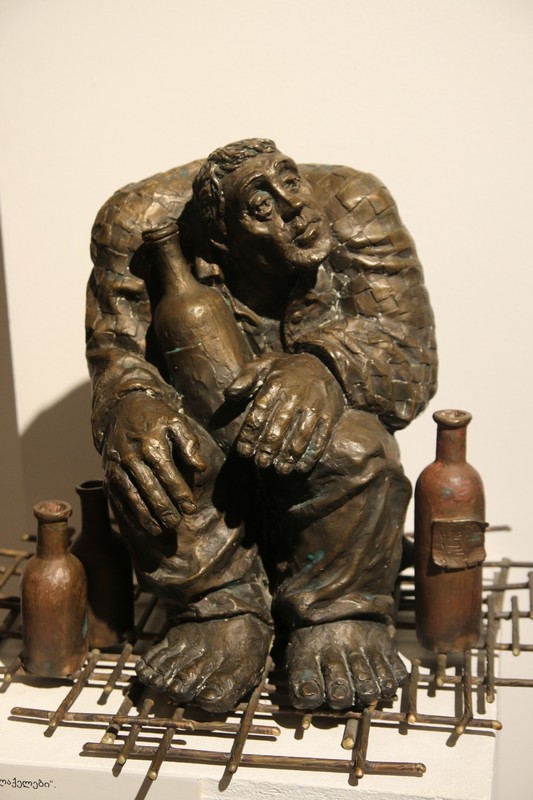 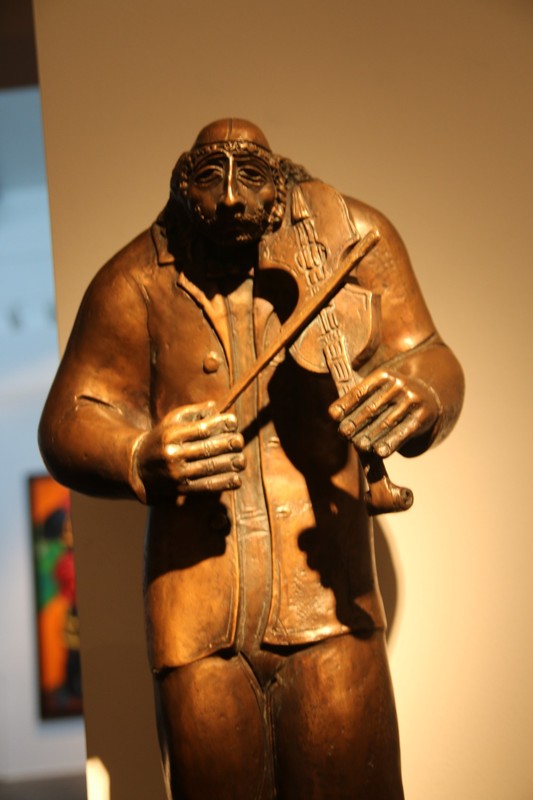 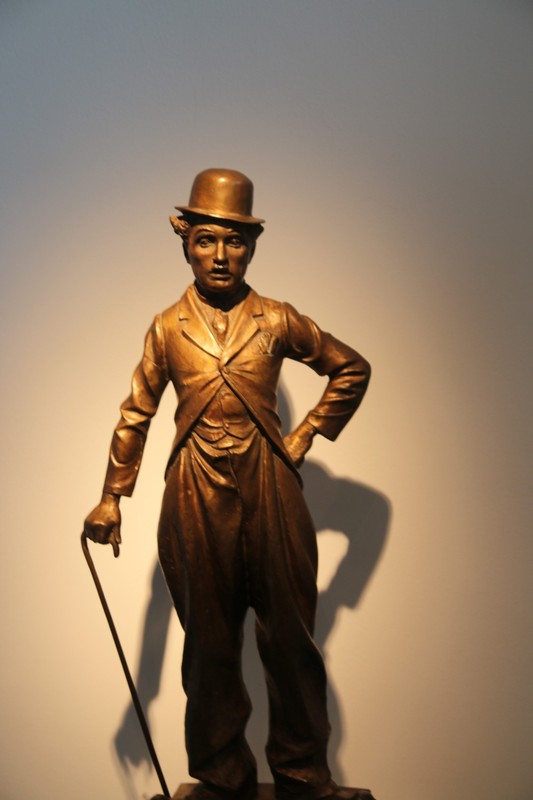 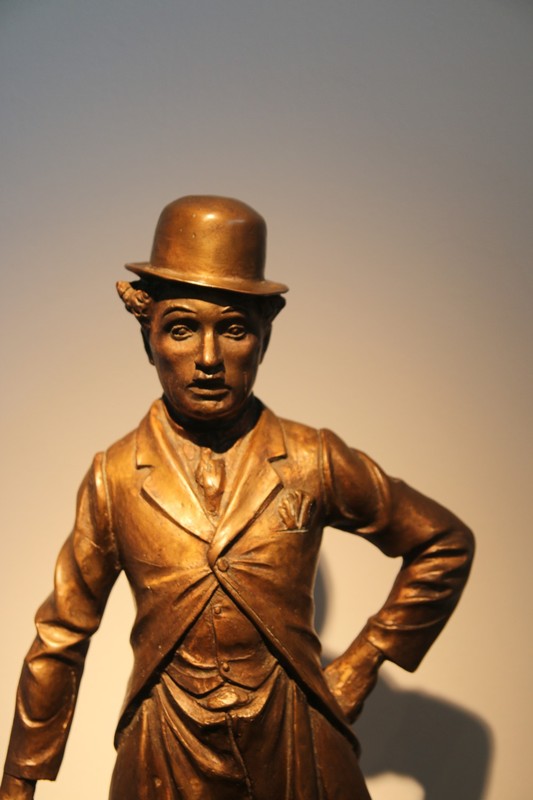 I spend an hour watching a video, getting increasingly confused - it seems to be an installation of sculptures by Mr Tseretel, but there is no narration at all to the video, let alone one in English, so I have no idea where this installation might be. It proves very difficult to track down - it is not on Mr Tsereteli's Wikipedia page - but I eventually get there. It is such a big deal it desrves its own post, together with a bit more about Tsereteli to give some context.