I managed to spend quite a lot of 2010 in Australia: before I lose all memory of my three trips, here goes. The first was almost exactly this time last year - I took a quick break in Brisbane and the Sunshine Coast, largely because I could fly direct after work. Things didn't get off to a great start - there was a delay with the 'plane and we were all stuck in Dunedin airport. I occupied my time by chatting to a retired fellow who was on his way to see his grandkids. Even when we were finally allowed on the 'plane, it was not time to go quite yet - they were frantically downloading some software from Christchurch to regulate the temperature on the captain's seat or something equally ridiculous.

So, it was rather late by the time I hit Brisbane and got sorted out in my hostel. Oddly enough, despite having been there for less than an hour, I was being accosted by some passing motorists for directions. Even more odd, the fellow doing the accosting was the same fellow I'd been speaking to in Dunedin airport. More odd still, I could tell him roughly how to get where he wanted to go. I was on a hunt for some dinner - all of the regular places had closed, but I had vague memories of the pancake Manor and of it being open 24 hours. That, and the building it is in (the former St Lukes [temporary] Cathedral) 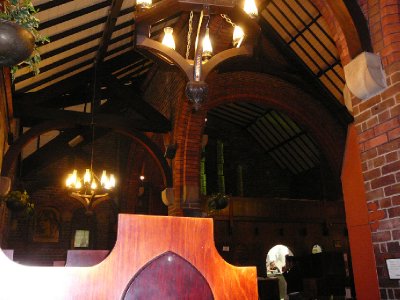 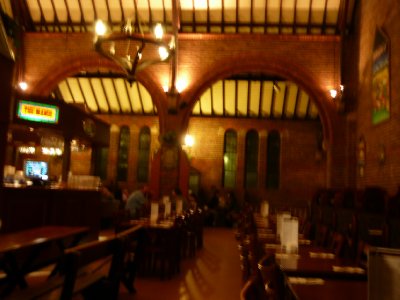 are the best things about the place. The pancakes themselves were rather forgettable: 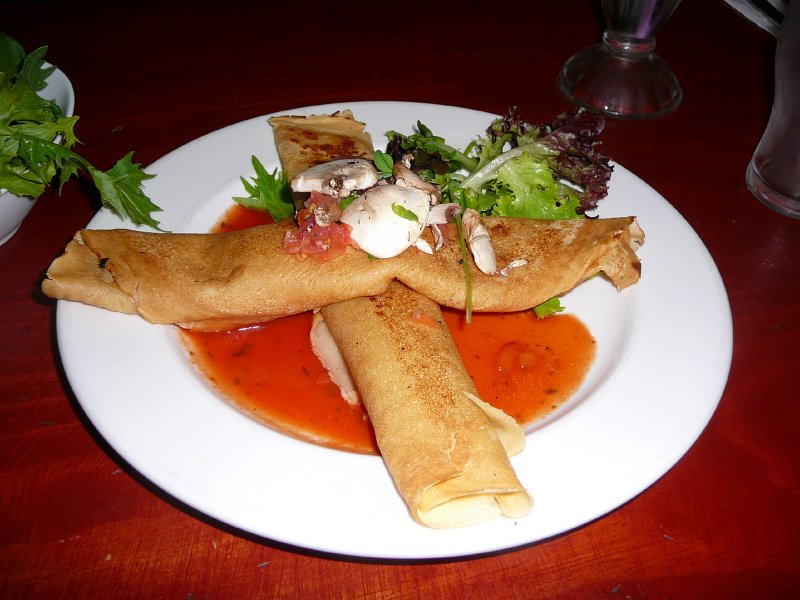 On the way home, I tried some night shots with my wee travel camera, but they're all a bit unfortunate. This is the Customhouse in full colour: 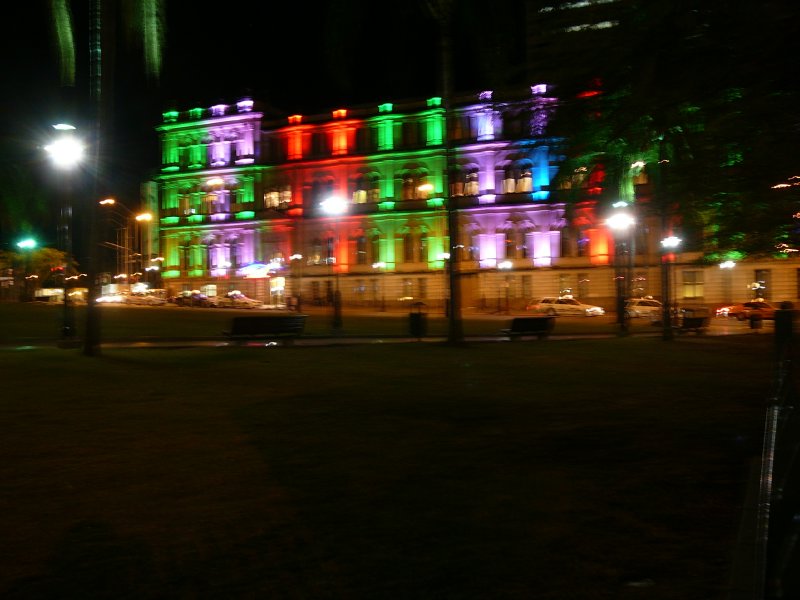 In the morning, I had a bit of time to kill before picking up my car, so walked down Fortitude Valley into New Farm (shares the title of having the best cafes with the West End) and stumbled upon a place that I'd been to before, in amongst the converted woolstores: still very good (just wish its name would come to me).

When I came back from my jaunt up north, I had a couple more nights back in the hostel. I wandered over to the State Library 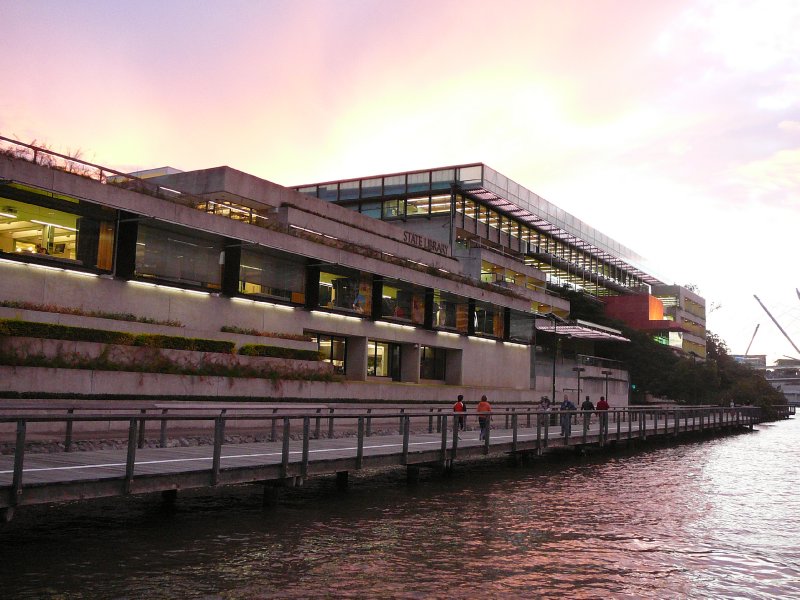 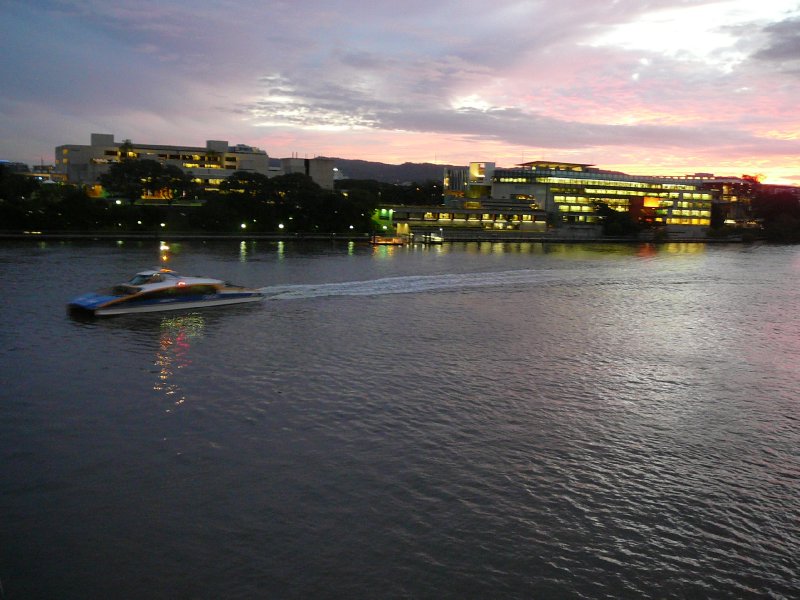 and, although I had a paper to write, spent most of my time in the cafe. Coming back across the bridge, I grabbed a few shots of Brisbane central: 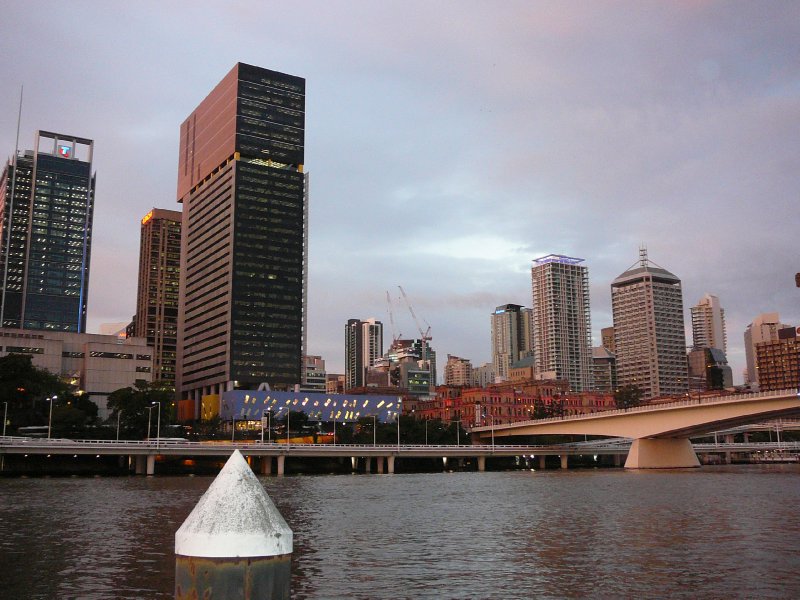 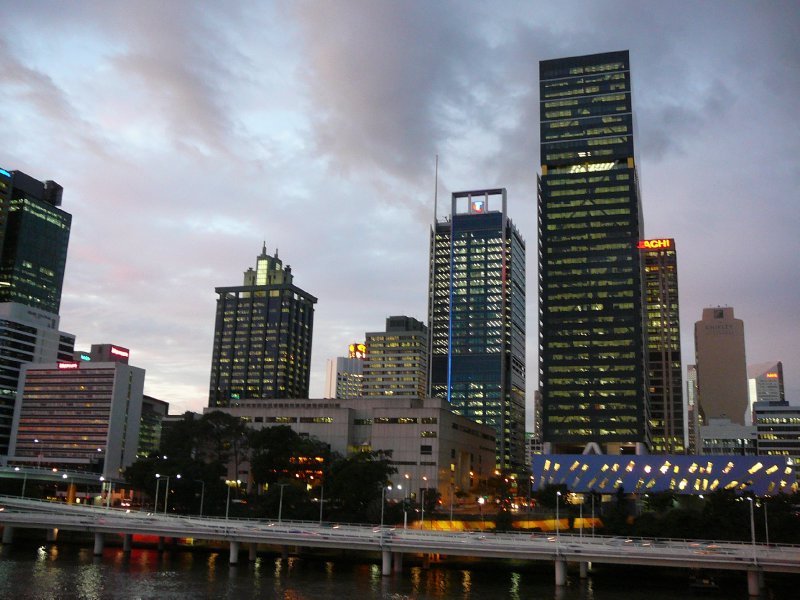 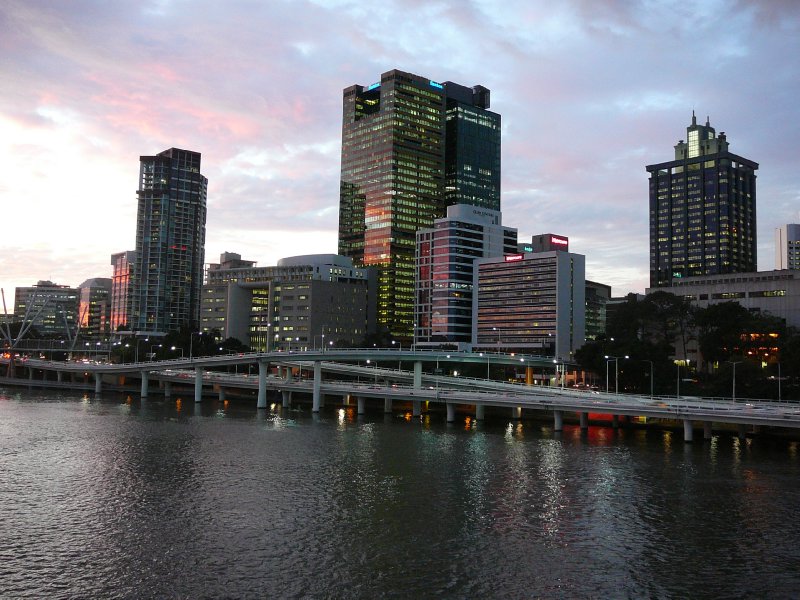 It was the release night of Sex in the City 2, which meant that the cinema near the hostel was chockablock with chicks dressed in fancy clothes sipping champagne. I was there for something slightly more gritty (and maybe even more tasteful): the brilliant Australian crime family movie, Animal Kingdom. When I came out, I was again a bit late for dinner, the place I had planned to eat in the wee mall had closed, so I set off down the hill and found a place I actually went to the very first time I was in Brisbane and have never been able to find since - the Char Grill at the Caxton Hotel. I signed up for a discounted steak and a couple of beers and went home a very happy man.