On a Shinkansen (Bullet train), Nagoya is just over three hours from Narita, with just the one change of train and the experience of traveling very fast (something like 400 km in 100 minutes). Being a bit of a train geek, it might be thought this is how I'd be traveling in Japan. But I worked out that for the price of that one journey, I could travel around on normal trains for my entire trip using a special pass issued only at holiday times (the Seishun 18 Kippu). More importantly, I thought it would give a chance to look at the scenery and watch what my fellow passengers were up to. I can now report that around 80% of the scenery, all the way from Tokyo down as far as Kobe, was built up urban areas and that 93% of passengers on Japanese trains sit down and fall asleep. So, not the best decision I have ever made, although Japanese trains did prove to be an ideal environment for reading Anna Karenina. I did manage to snap a picture of Mt Fuji as we trundled past: 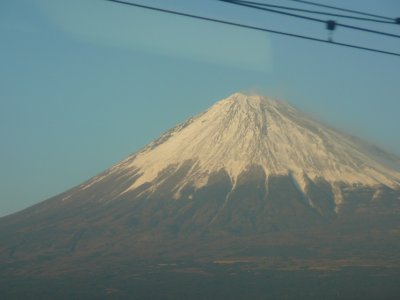 So, getting to Nagoya took the entire day and four or five changes of train. In one, I had about 2 minutes between trains but Japan Rail was always precisely on time, so even that was enough. In another, the gap was closer to an hour, so I had a chance to walk around: as I walked past the Lotteria burger shop, the staff all waved and smiled at me so charmingly I had to go in. After a bit of trial and error, pointing and smiling, I finally managed to get a burger combo, very peppery, much tastier than McD's.

One thing I knew about Nagoya was that it was famous for tebasaki, spicey chicken wings, and I knew where to get them: Yamachan. Unfortunately, while my guidebook thoughtfully indicated where their branches were on the map, I had trouble relating the map to the actual streets and got rather lost and very hungry. Although I hate Japanese curry for being too sweet and bland, I found myself outside a curry house and decided to overcome my prejudices and try it out on home turf: what a revelation! It was delicious. Didn't stop me trying the next night to find a Yamachan store: after waiting on the street for half an hour, then another half hour in the vestibule, I was finally taken into a back room and had some very ordinary chicken wings.

Being just after Christmas, the upper level of the station was done up spectacularly: 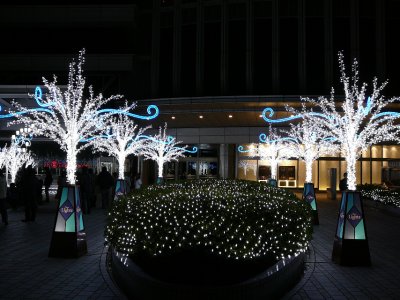 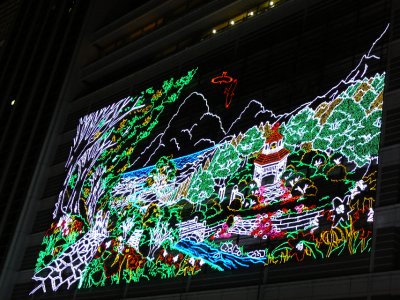 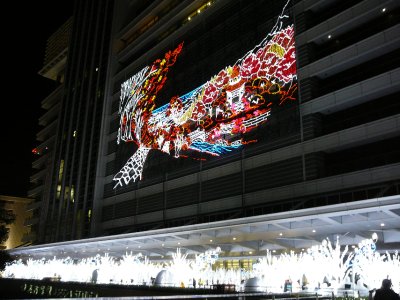 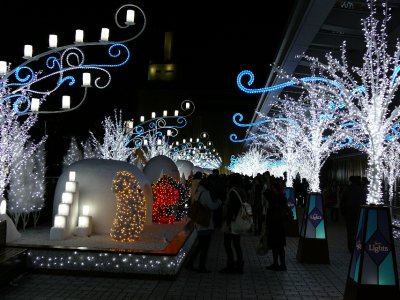 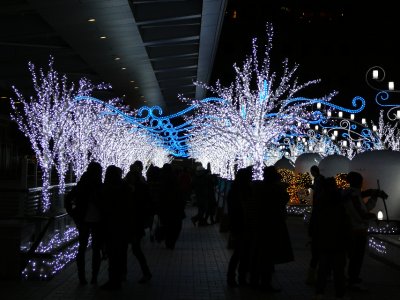 One downside of being just after Christmas was that most touristic things were closed. I had been a little bit keen to see the Noritake Garden, which isn't a garden so much as a craft centre and museum of Noritake products. I was even more keen to see the Toyota Museum of Industry and Technology but this is as close as I got: 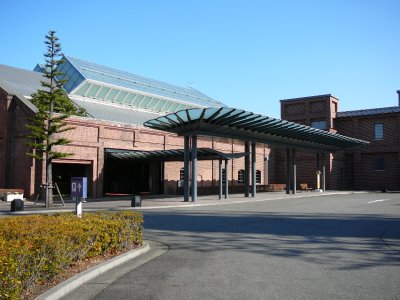 So, I wandered around more or less aimlessly, had my first experience of a Japanese coffee shop, a very old fashioned sort of place which might have fitted quite nicely in America in terms of decor, all kitted out in wood. The menu was completely in Japanese and the food cabinets had very obscure looking items, so I just had a coffee. The rest of the day, I managed to spend in the mall: Japanese food courts are really something. Huge basements, totally crowded, very brightly lit and tightly packed with product, only about a quarter of which I could recognise. Then there's the electronics stores: multi story, with each floor about the size of a Warehouse but given over to a particular branch of electronics, such as tv's or whiteware. I developed a severe case of needabiggertvitis, and ordered one online for delivery when I got back home.

All in all, I think I'd have liked Nagoya better if the places I went there for were actually open, but for my first couple of days in Japan, it was fine. 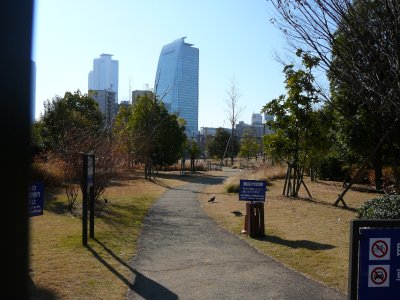 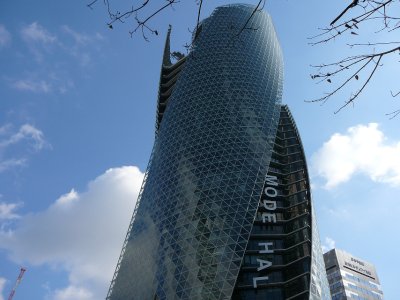 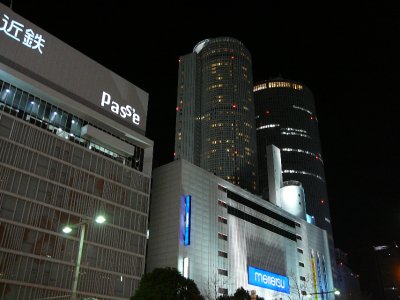 even my hotel was round 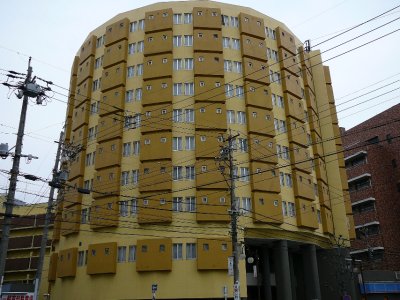