This is my humble effort at putting down some words about my seven month trip, out through Asia into Eastern Europe and then overlanding it to Hamburg, before flying into the UK and taking up a temporary fellowship at Birmingham University.

My last few weeks in New Zealand were simply an intense blur; finalising my work, sorting out my house so that everything could be fit into a 30 cubic metre storage unit (I'm wondering if I can live in one, to save money) and having several farewell functions. I'm not sure how I did it all; in fact I was sitting in my office at 6:00 p.m. on my day of departure in despair that I would actually get my house empty in time to catch my 9:00 flight. Luckily I had a friend who came out to my house and made sure I not only kept moving but stopped me from doing so much I missed my flight. Thanks, Simon. As it was, I hit the airport as they were calling my flight.

The whole process was not helped by the fact that I organised a weekend away for my last weekend in the country - when I organised it, I figured I'd be packed and finished marking and in need of a breather. I had tickets to the Steve Earle conncert in Christchurch and a flight back to Dunedin on the Monday: I dithered over whether I should go to Akaroa (a place I have only visited long enough to eat a cheese sandwich) or the West Coast (a place I visit annually). Ultimately, I went for the West Coast, but then won a $10 tripod on trademe in Diamond Jarbour, just round the corner from Akaroa.

The Steve Earle concert was fantastic: it was opened by a local duo called, I think, The Easts or maybe the Eastons, then Alison Moorer came on and sang several songs before the main event. Both were telling the same jokes, about how NZ and America have both had an election, but the USA got the better deal. Mostly Steve did his own thing, with harmonica or guitar, but he had a fellow with an amazing effects machine, way beyond drums - having a vaguely electronica background to some of his music was quite effective. Alison came on and they sang a few duets. The show was so great, the first Warehouse I found, I bought all I could lay my hands on.

Stayed in the YMCA (A&P show day meant all my normal cheap spots were booked up) then headed out on the road. First stop (after the Warehouse) was a cafe, near the top of the Port Hills, looking back over Christchurch: great view, bland coffee; it always seems to be the way. Diamond harbour looks like this: 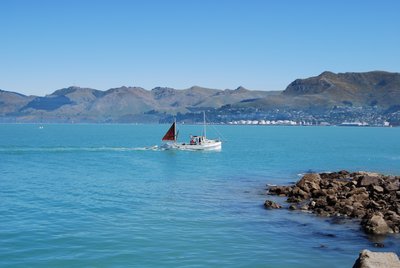 It is directly opposite Lyttleton: 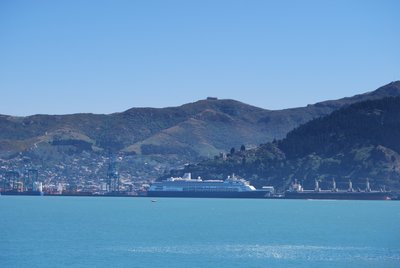 .
I wandered around for a while, had an ice cream, but the water looked so appealing 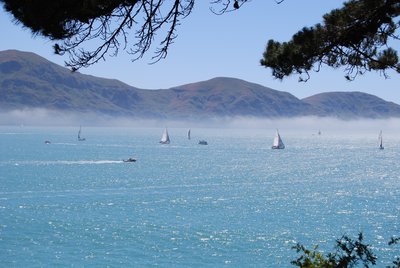 I could not resist. There was a ferry going across the harbour, so I thought "damn it, lunch in Lyttleton" 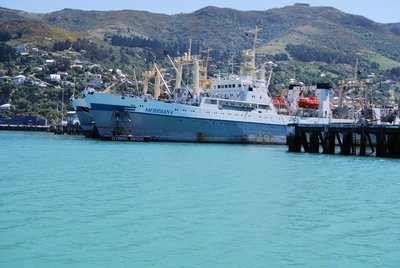 So, all in all, it was not a quick start to my trip to the West Coast. Made the obligatory stop to be ripped off at the Arthur's Pass store, and had a number of wekas for company. Finally arrived in Hokitika not long before dinner - a rather fine steak at the Cafe de Paris. The Beach Front Hotel certainly has impressive, modern, beach fronting rooms. I'm a cheapie, so I eschewed them and stayed in the old part, where I couldn't see anything. Ah well, it was just a short walk to the beach.

Sunday was not the best in terms of weather, but I had an idea of seeing a couple of places I'd not made it to, and am so glad I did. Lake Kaniere is accesible by a tiny little gravel road, but it had an interesting vibe: 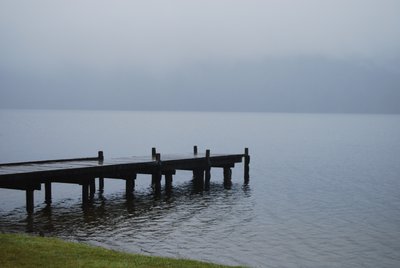 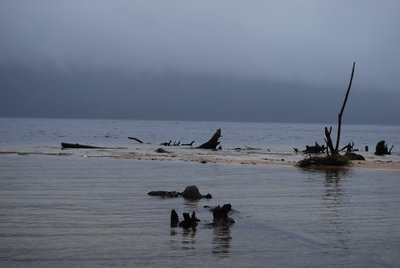 .
I was lucky enough to make a friend 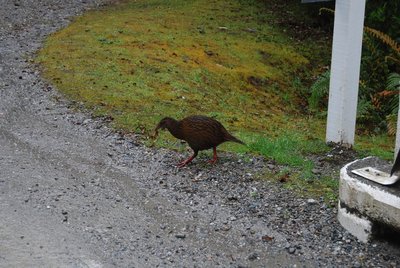 on the way in to a nearby waterfall 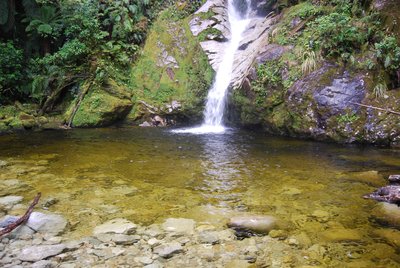 Final stop for the day, just before the rain well and truly got me, was Holitika Gorge: 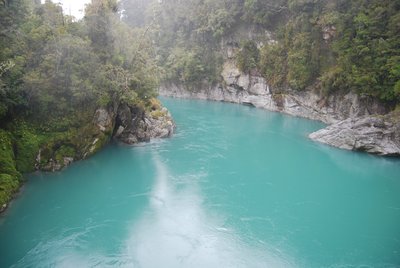 After that, it was a quick stop in Hokitika for a last look round and fine coffee at a rather extraordinary business - Hokitika Cheese and Deli - before heading up to Greymouth. Best coffee on a wet late afternoon in Greymouth is to be had at the Robert Harris. Very few people about; maybe they were at the Speights Ale House (ha! funny in the home town to Monteiths). Certainly when I got there, the place was packed. Slept at Revingtons, woke early, drove non-stop to Christchurch, returned the car 1 minute before they'd slug me an extra day's rental and flew home. Nice way to spend my last weekend before departure.