Seattle to Leavenworth (NOT the prison)

We had a fairly relaxed day for the first one on the road, just 150 miles. The plan had been to visit the Boeing factory for the tour, but I failed to secure a booking, so we wandered around Seattle for a bit, then headed up to see what we could see at Boeing anyway. As we were driving towards the main factory, we noticed a big security fenced area and the tips of some planes, so went for a little look and ended up in what seemed to be an employee's car park with almost unrestricted views of a field full of planes. We really were not sure if they were waiting to be junked or were new. 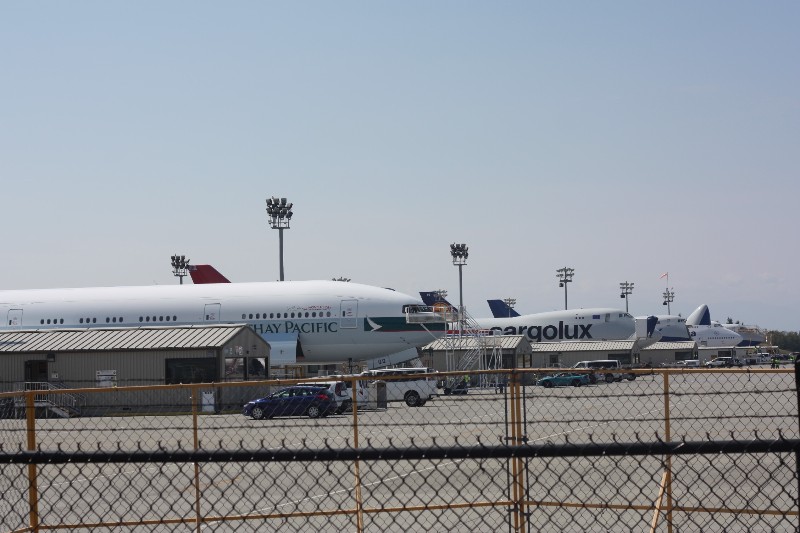 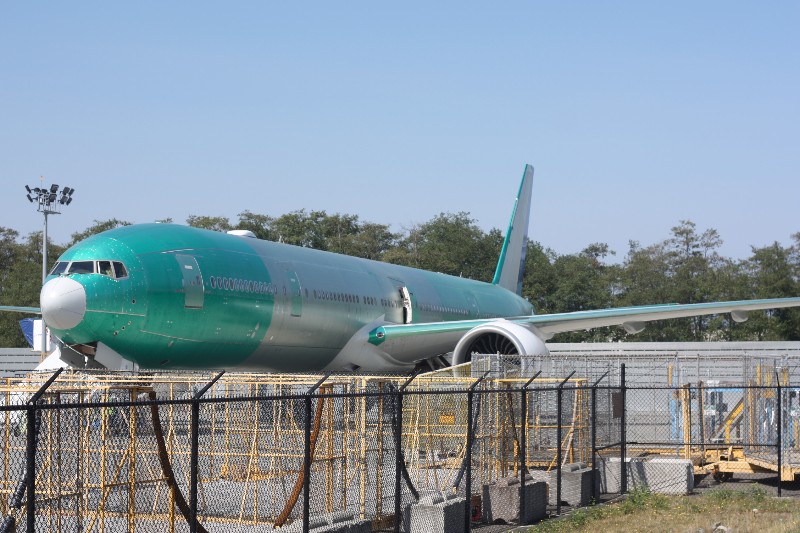 Since there was a shift change, there were plenty of people about to ask. These are all new planes, just getting their finishing touches before heading off to new owners. I had no idea that they'd ship these fellows around the country by train until I heard it here today - then I read about three that were derailed in Montana a month earlier. I have also read that about 80% of Boeing employees would not fly on the new Dreamliner, because of concerns about how they are put together. The guy we spoke to said that the normal Boeing staff have very little to nothing to do with making the Dreamliner, it is made by an all new crew. We probably gained a much better insight into the workings of the place from this 20 minute chat than we would have on the actual tour.

After a quick coffee in a very old fashioned place in Everett, it was time to hit the road - US Highway 2, going East (if you go west from Everett, you'll be in Puget Sound within about 3 minutes, and that's walking). There were quite a few small towns and shopping centres but eventually the road cleared and we were running through the Okanogan-Wenatchee National Forest past (I think) the Skykomish River. 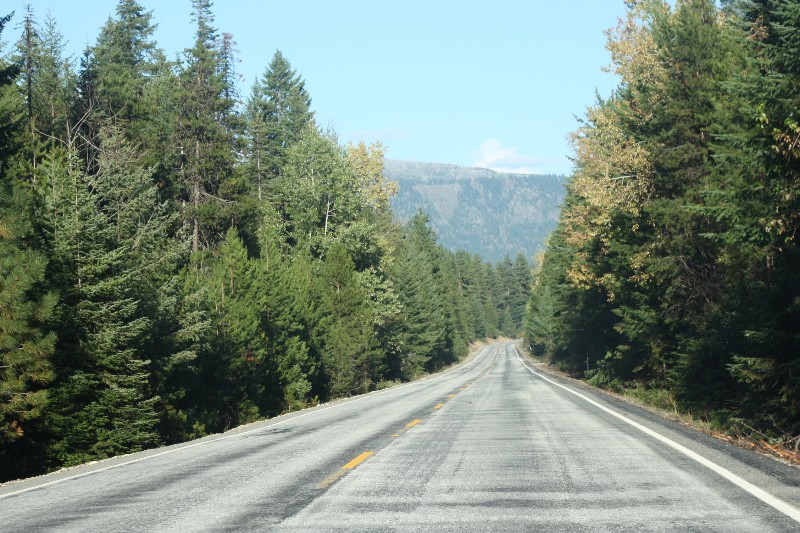 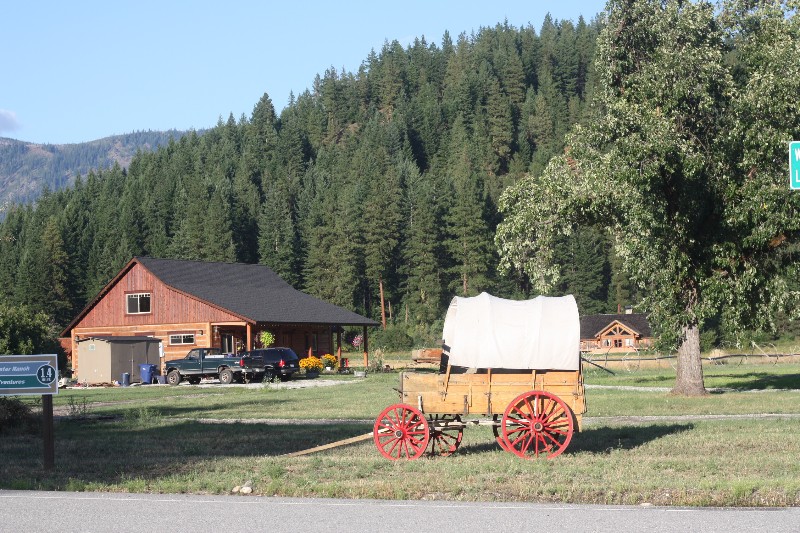 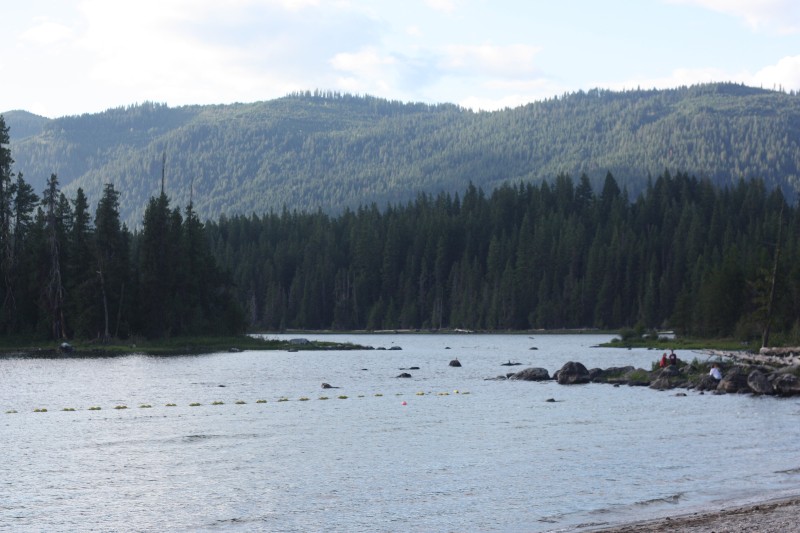 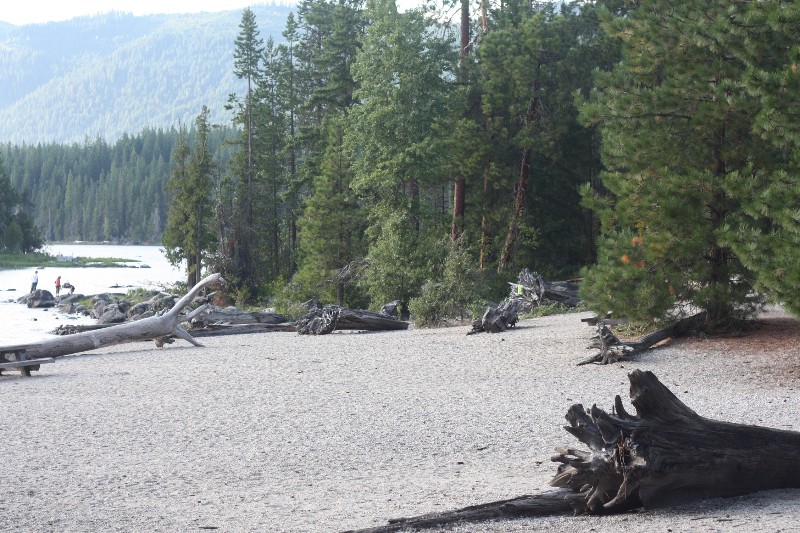 The road peaked at Stevens Pass, where there were several lodges and ski lifts heading in all directions. No snow, of course, but the place was furious with mountain bikers. 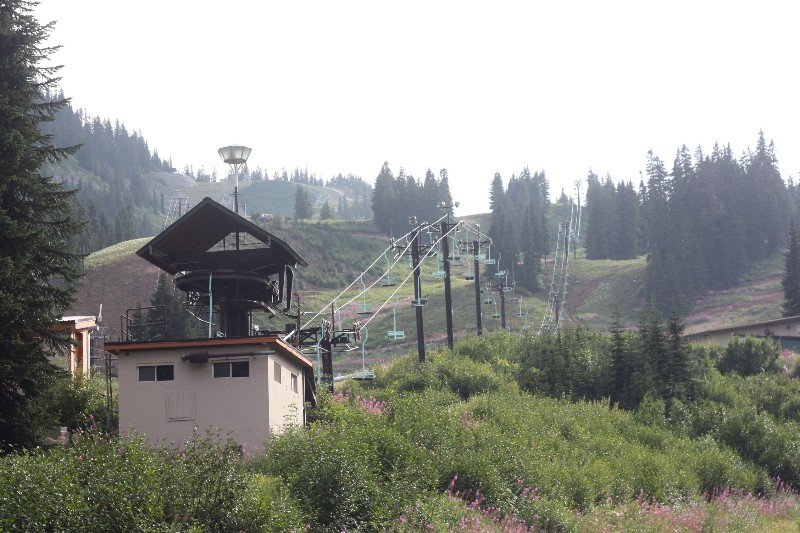 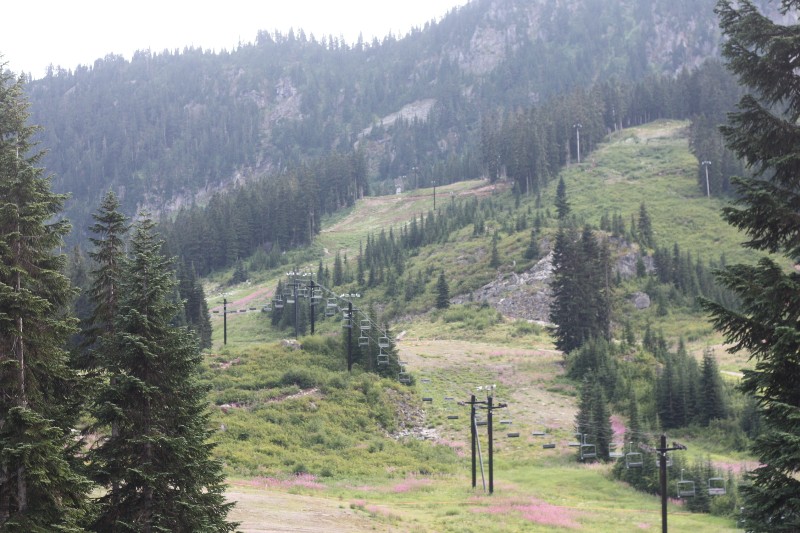 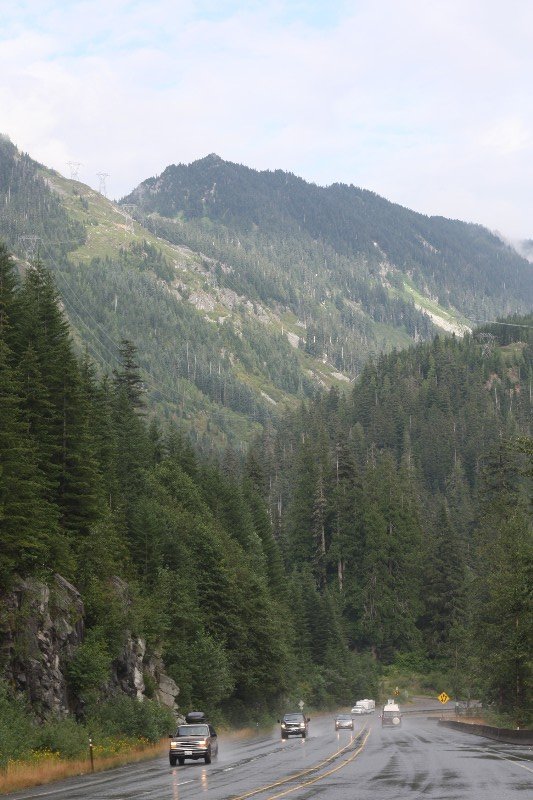 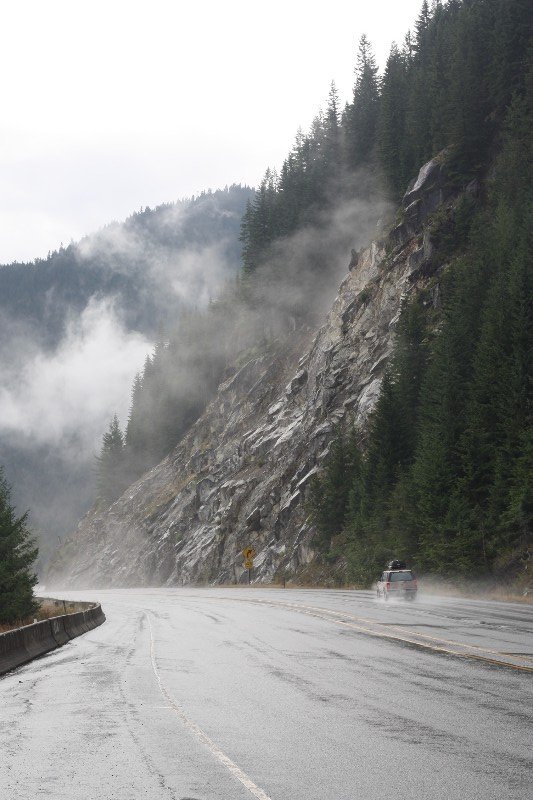 My original plan had been to stay at Wenatchee, but when I saw that quite a few people were staying there just to be close to Leavenworth (and I worked out that the prison is in Kansas) I started wondering what it was about Leavenworth - what I discovered intrigued me enough to make a booking, and there was only one place I wanted to stay there, because I thought we would be quite secure. 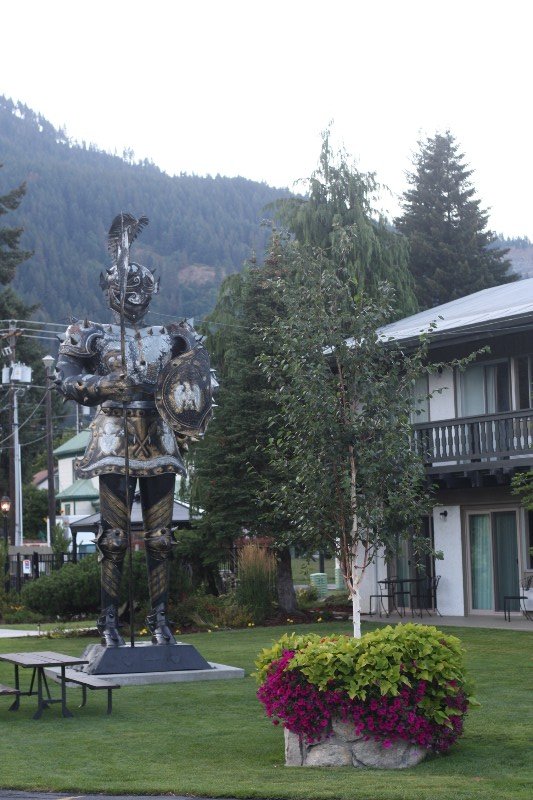 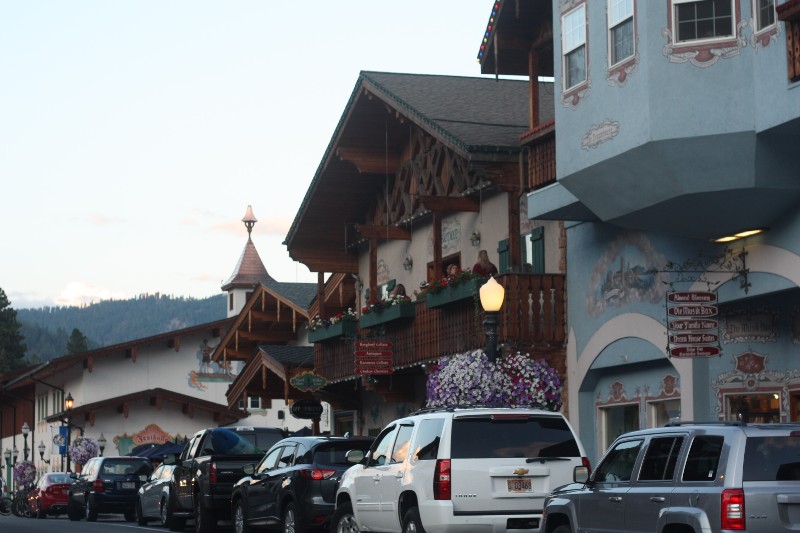 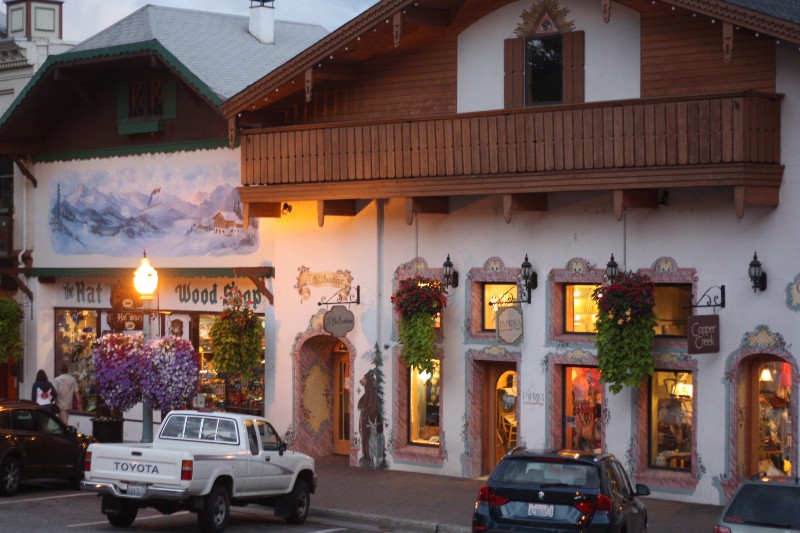 Leavenworth was originally a railroad town (named after the fellow who owned the land it was built on, named by that fellow too), then a forest town but it was struggling so in the early 1960's, someone had the great idea of recreating it as a Bavarian Alpine town -and it worked, is still going strong 50 years later. The whole central town is done in a similar style, and it has various bars doing a beer and sausage combo (very tasty, too), and a couple of "bier gartens" which looked a bit sad because they really need to be full of jovial drinking folk, not a couple of families having a hotdog supper. All in all, I really enjoyed my stay in Leavenworth - I could cope with a relaxing week there. 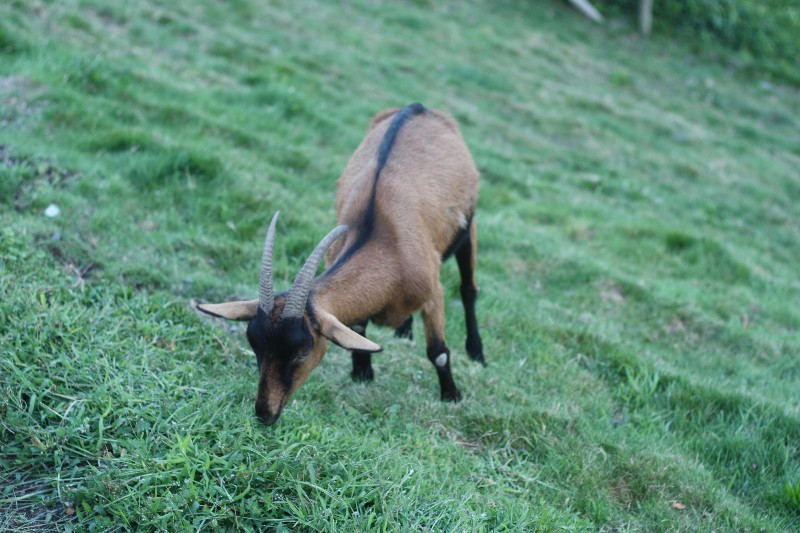 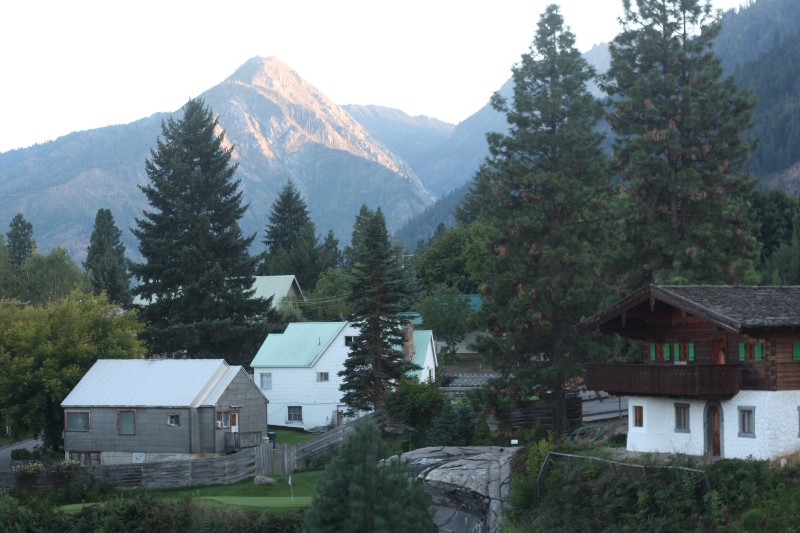 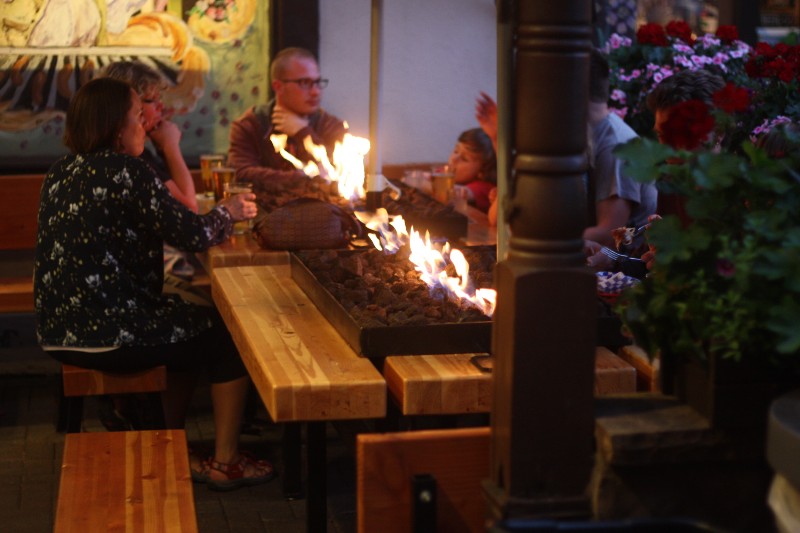 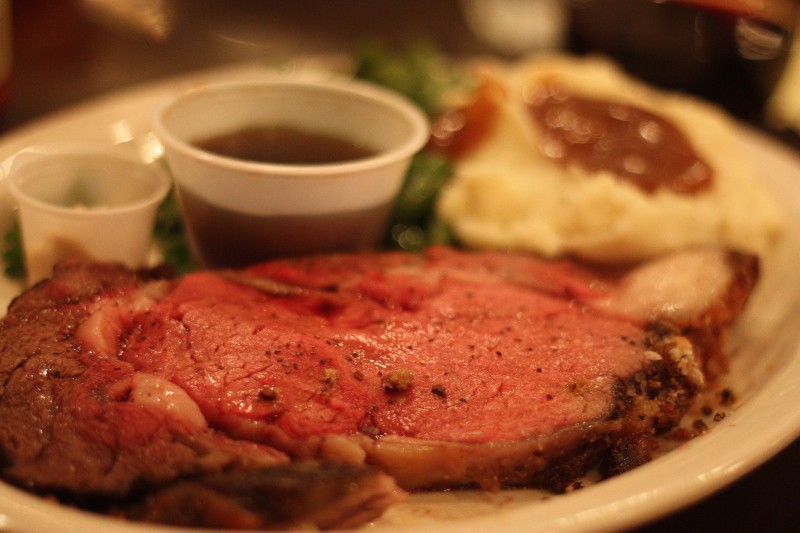 That prime rib is looking a lot more raw than it did at the time.